Mina Smallman, mother of murdered sisters Bibaa Henry and Nicole Smallman,  herself a former priest and teacher, spoke truth to power as an activist at yesterday's vigil atop Barn Hill in Wembley. The vigil was organised by Reclaim These Streets.

In a section of her speech she castigated the media for their lack of coverage of the murders at the beginning and went on to say how the interviews she gave subsequently were reduced to a minute or two or just a paragraph.

In the light of this I have published a video of her full speech above. The sound quality is not good as I was at the back of the 600 strong crowd but please perservere - it is an electrifying speech. 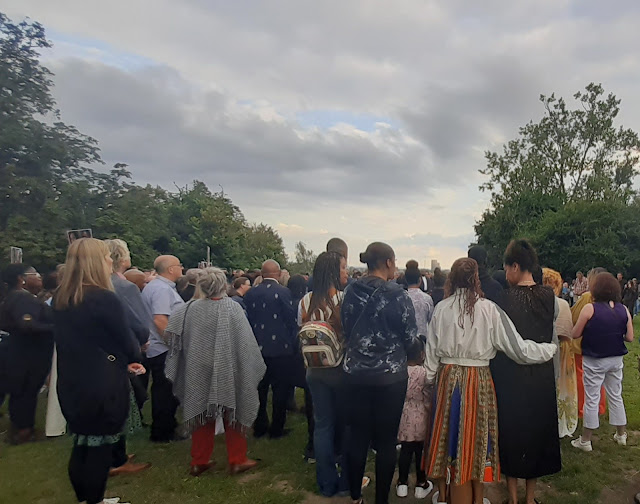 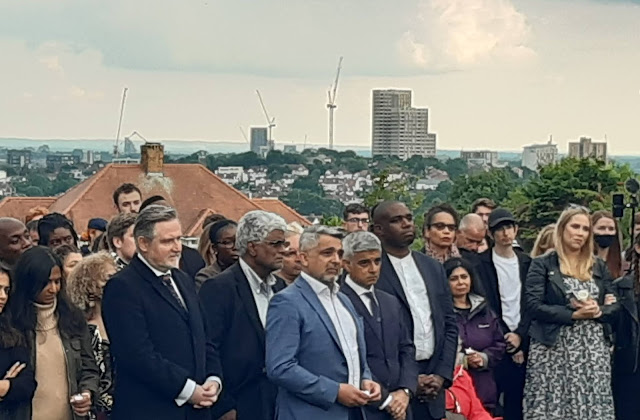 Barry Gardiner MP (who led the crowd in the singing of Amazing Grace), Cllr Shafique Choudhary; Mayor of London, Sadiq Khan,  David Lammy MP and Muhammed Butt, leader of Brent Council. Dawn Butler MP made a heartfelt speech. Other councillors were in the crowd. 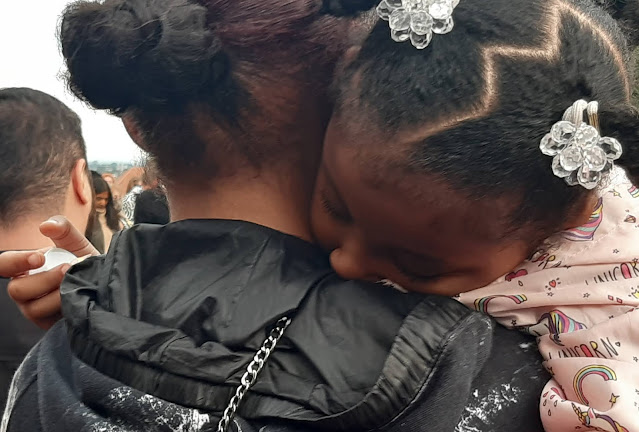 Following the controversial tactics at Clapham, a vigil also organised by Reclaim These Streets, police tactics were low key and officers told me they had been instructed to keep well away from the crowd. They mainly assisted people in getting safely out of the park after the event.

Mina, I have listened to you speak a number of times now. You are so articulate, so speaking to the truth - and it is very inspiring. You have had a truly terrible time, and I send you my very best wishes. Take care and thank you.