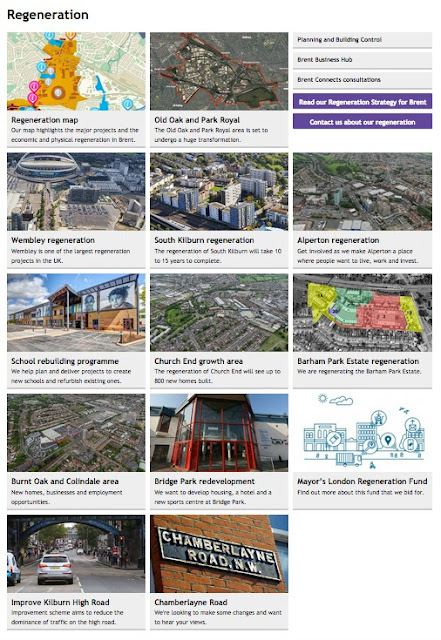 The summary states: (my emphasis highlighted in yellow)
Money for the day-to-day business of maintaining public parks in decent condition has always been tight. Even during the good years described above, parks managers’ budgets were being nibbled away. But since 2010 the scale of the cuts to local authority budgets along with continuing restrictions on local authorities’ ability to raise council tax levels has had an impact on  a different order of magnitude. In some instances, councils have stated explicitly that there will be no budget for public parks from 2017 onwards. Their lack of asset value in terms of hard cash has made public parks effectively invisible in the Government’s calculation of council budgets. It is therefore unsurprising that a financial black hole has emerged which again risks consuming the cherished green spaces of countless communities around the UK.

To some extent the impact of recent cuts has been disguised by twenty years of signifcant investment from the National Lottery. Much of the most egregious decay and dereliction was repaired, although HLF’s insistence on the need for ongoing maintenance was not always heeded. For national government, it provided a comforting sense that the matter was in hand, complemented by a number of actions, such as the Urban White Paper (2000), its policy document Cleaner Safer Greener (2003) and the setting up of CABESpace in 2003. At a local level also, Lottery investment had created a positive mood about parks, resulting in the development of green space strategies and growth in user groups.

However, these funds were never designed as a substitute for local authority funding, nor for national leadership, and today the provision of even modest levels of partnership funding is beyond many local authorities. For many park managers, the time-consuming process of compiling grant applications, or even applying for Green Flag status, is no longer practicable. Baseline services are at risk of being withdrawn altogether, with the threat that our historic parks will once again become dirty and dangerous, and as users become discouraged, a spiral of decline will once again begin.

The threat to public parks posed by austerity and the current political direction extends beyond direct budget cuts. Since 2010, the Government has abdicated its role in providing leadership. There has been a complete absence of strategic responsibility at Government level since the closure of CABESpace in 2011. The Design Council, which was charged with taking over CABE’s responsibilities, ignored the remit of CABESpace. The closure of CABESpace was followed in 2013 by the loss of Green Space, the charity which represented parks interests, largely due to a lack of Government support.

Compounding the absence of national leadership, there are now question marks hanging over the future of individual local authorities. The reorganisation and merger of local authorities is currently the subject of numerous consultations across the country. Dorset is one such example, where nine authorities may be replaced by just two. While advocates of the proposal champion the potential savings to be made by combining departments and reducing personnel, such a radical reformation of management poses very real risks for public parks including the loss of local personnel; the loss of long-term management experience of specific sites; interruption to and potential loss of existing local authority funding streams; instability and disjunction in the implementation of management strategies; and obscuring of accountability as authorities become physically distant from widely-dispersed parks and community groups. If reorganisation is designed to save costs, it is likely that non-statutory services such as parks will bear the brunt of so-called  efficiencies.

The current status quo is unsustainable and the undoing of all that has been achieved in the past twenty years should be unthinkable. Yet parks are already entering a spiral of decline and this time there will be no miraculous multi-million pound bail-out by the Lottery. We must take decisive action now to save our public parks.

.        Make the maintenance of public parks a statutory duty for local authorities.
.        Identify and publish baseline funding requirements for all parks.
.        Enable local authorities to employ taxation as a mechanism for funding parks.
.        Establish and fund a national champion body for urban parks and green space.
.        Strengthen protection in the planning system afforded to parks as ‘Non-designated heritage assets’ or Assets of Community Value.
.        Acknowledge the success of local authorities in managing public parks for over a century and recognise that for most parks there is no viable alternative
.        Fund a comprehensive green space mapping project to record the extent, distribution and quality of public parks across Britain.