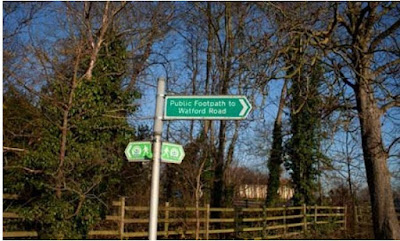 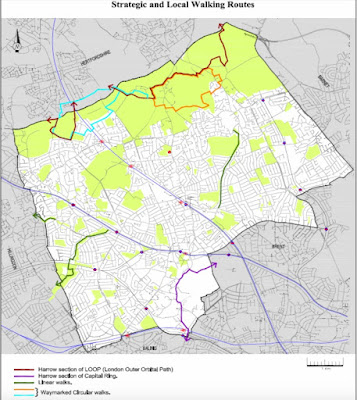 I have reported the battle between local people in Harrow and Harrow School over the school's plans to build on Metropolitan Open Land and spoil views of the Hill LINK but the school and locals are enaged in another battle, which started in 2003, and is due to come to a head next month.

There is to be three day Harrow School Footpaths Diversion Inquiry at Harrow Civic Centre from January 17th to January 19th 2016 by the Planning Inspectorate where evidence from the public and the school will be heard.

The conflict was reported by The Guardian in 2011 LINK and this extract summarises the issue quite well:


The extraordinary row, which threatens to end in court, stems from a multimillion-pound development of the school's facilities eight years ago when, next to a running track and an extended sports centre, two all-weather pitches were built. At the time, it was agreed by the Ramblers Association – erroneously, it now claims – that the pitches could be put on top of the old pathway as long as an alternative route was created.

But the alternative path, known as a permissive path because its continued existence is at the whim of the school, has now been deemed unacceptable by local walkers. Legally, because it does not follow the route of the old path, the right for people to walk on the new path could be summarily removed with six months' notice, it says.

And because the path circumvents the school's pitches, it has extended what was a gentle stroll across the grounds into a trek. "The permissive path probably pretty well doubles the distance of when you enter the playing fields to when you leave the playing fields," said Graham Wright, the Ramblers Association's local footpath secretary. "These people actually want to get to Harrow, they don't want to walk that extra bit and in some ways they are not having the beauty of Harrow Hill.

"The proper path has the views of St Mary's church and Harrow Hill as you walk, whereas when you do the permissive path you are looking towards Northwick Park hospital and Watford Road. It's not quite the same."

The Ramblers Association says that a small path between the two all-weather pitches should be opened up to the public to resurrect the old path. But the school, which charges up to £30,000 a year per pupil in fees, is not budging, prompting accusations of "arrogance" from some quarters.

The school's application, which includes allegations of dog excrement on the fields and the public wandering off the path can be found HERE
Posted by Martin Francis at 14:48:00

To hell in a hand basket comes to mind