Plans for First Way – where has our love of beauty gone?


Guest blog by Philip Grant. I wonder if any recent planning application has contained the word 'beauty'!


Martin’s recent blog LINK  about possible plans for another hotel, on the Latif House site in First Way, just to the east of Wembley Stadium, reminded me how beautiful this location has been in the past.
Two hundred years ago it was part of the landscaped grounds of the Wembley Park mansion, which from the 1890’s became pleasure grounds for days out from the crowded streets of London. After the First World War it provided a home for the British Empire Exhibition in 1924, and the Latif House site (in red on the 1924 plan below) was part of the India Pavilion. This was an exotic edifice, in white painted re-inforced concrete  and fibrous plaster on a steel frame, in the 17th century Moghul style. 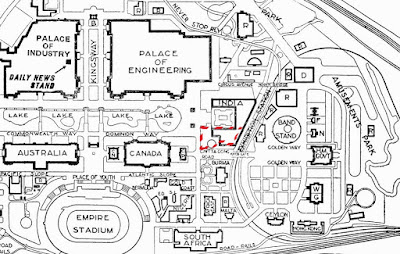 The India Pavilion was divided into 27 sections, each for a separate Indian state, around a courtyard with a large expanse of water, surrounded by an open colonnade. The pavilion buildings took up three of the 4.9 acres allocated to the country, and the rest was laid out as gardens with palm trees and tropical flowers, and open spaces for visitors to enjoy. 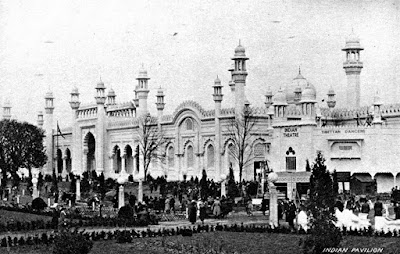 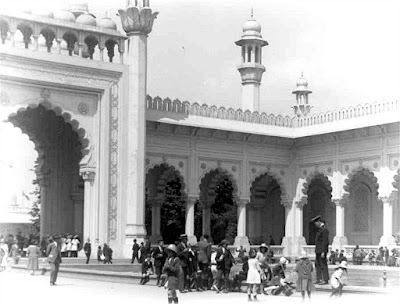 Each individual state’s “Court” had a display showcasing its particular skills and products, including (by coincidence, given the most recent use of the site) carpets from Bengal and Agra, which had a craftsman showing how these were made. Carvings in wood and ivory, jewellery, textiles and metalwork were all made in the pavilion and available to buy, and its restaurant introduced Indian dishes to the British public. 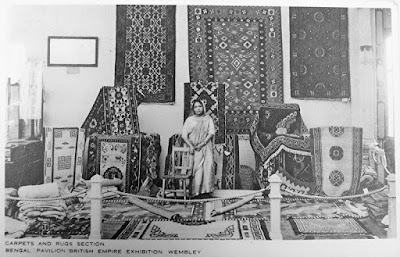 After the Exhibition ended, most of the building was demolished, although the concrete base it had been built on and some of the steel framework were re-used for commercial premises (see the address on the 1950’s advert!),  becoming the industrial estate we know today. The postcard view of the India Pavilion, at the eastern end of the BEE’s artificial lake, would today have a car park in the foreground, and ugly warehouses behind. Now there are proposals for a 16-storey hotel and 11-storey “apart-hotel”, more tall soulless boxes, rather than family homes, gardens and public green space, where once there was beauty. I’m not asking for a return to the mock-minarets and fantasy buildings of the British Empire Exhibition, but surely the planners and developers can do better than what they are delivering on the former exhibition grounds at Wembley Park!
HERE