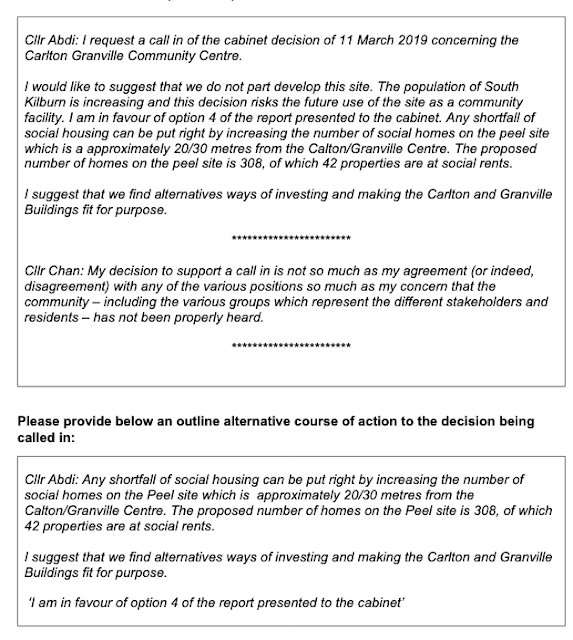 The call-in of the proposal to build housing on the Granvill-Carlton site on the South Kilburn estate will be heard by the Resources and Public Realm Scrutiny Committee on Wednesday. The Cabinet's decision was called in by required 5 non-executive councillors in this case Cllrs Abdi, Chan, Hector, Pavey and Hassan.

This is the protocol for call-ins:


A decision made by the council’s Cabinet or a Cabinet committee, or a key decision by an officer, can be called in for review before it is implemented. Decisions can be called in by five non-executive members or by the Scrutiny Committee. If a Cabinet decision is called-in, that decision cannot normally be implemented until it has been considered by a scrutiny committee. An urgency procedure is in place in Standing Orders for any decision that cannot afford to be delayed.