Storm Gareth felled a number of street trees in Brent including the two above on Wellspring Crescent which are along the pedestrian avenue that links the Lycee (former Town Hall) steps to Chalkhill Park.  Both trees are comparatively young. 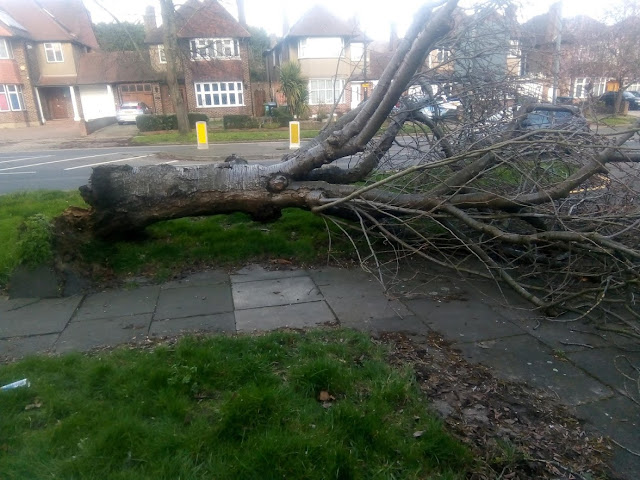 This is an ornamental cherry on Salmon Street, Kingsbury. It is the second to be lost on that street, another was knocked down by a lorry backing out of a building site for a house rebuild. Other cherries have been lost on the nearby Pilgrims Way and may have been reaching the end of their natural lives. 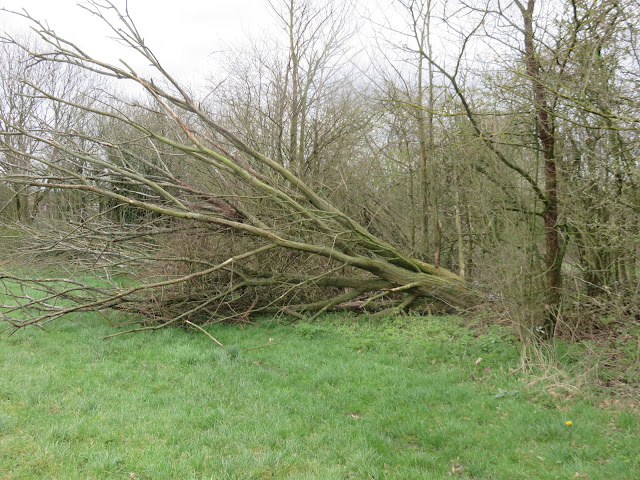 Trees on the east side of Fryent Country Park, which are mainly hedgerow trees, have survived better than I had expected but the one above did not escape. 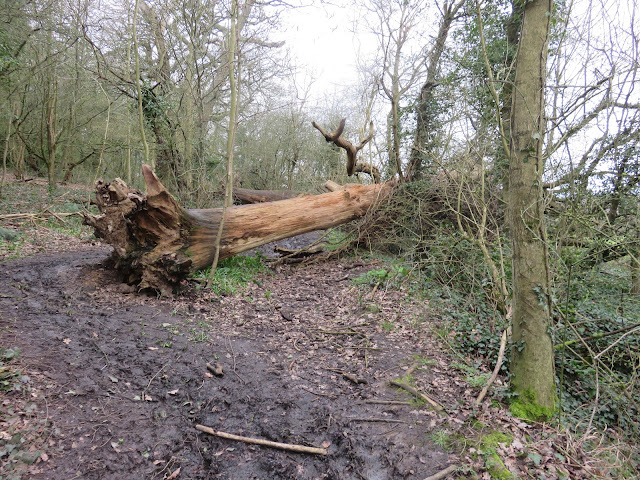 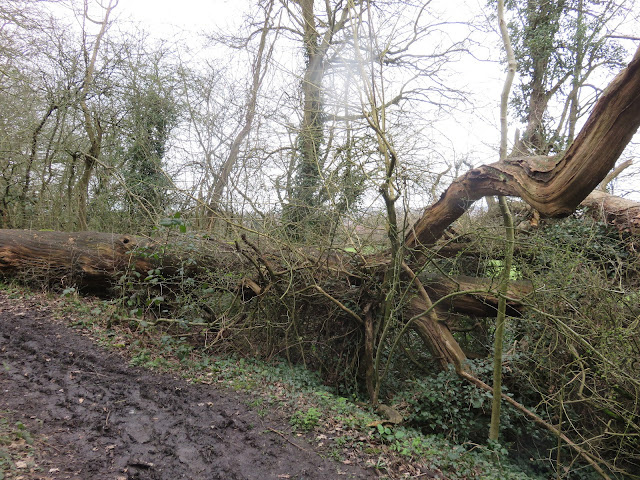 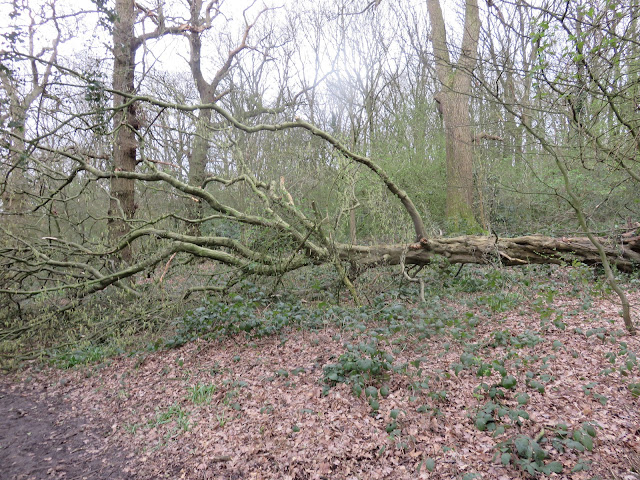 A number of large mature trees have been blown down on Eldestrete, the footpath at the bottom of Barn Hill.

However, the tree below is a living example of the adage 'a creaking gate hangs the longest.' Hollowed out by woodpeckers, parakeets, woodlice and other insects it still stands in an exposed position on top of Barn Hill near the pond. A neighbouring tree in a similar condition came down a year or so ago. 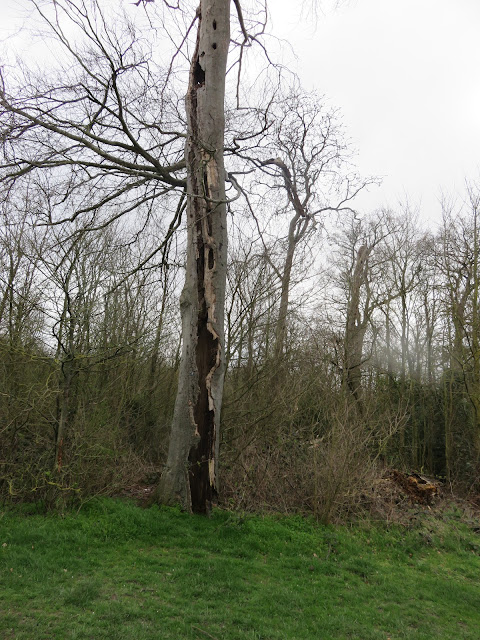 If you have news of other trees in the borough please comment below.
Posted by Martin Francis at 15:12:00

Also lost - the beautiful trees in my back garden, destroyed by Brent council after complaints from the foliage hating neighbours all of whom have completely concreted their own spaces and built extra accommodations there to rent out. Also gone - trees all over Wembley, felled by the council. Brent has a commitment to clean air but seem to have a problem with nature.