CIPFA shows how important Brent libraries are to residents 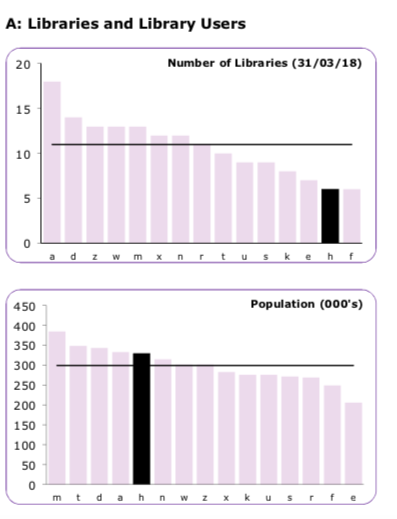 The CIPFA report into public libraries compares the London boroughs with each other. In these tables Brent is 'h' with a black graph block. Brent controversially closed half its libraries creating two major hub libraries at Wembley and Willesden Green and four smaller libraries. Kensal Green, Barham and Preston are run by volunteers while Cricklewood is getting increasingly impatient with developer Octavia Housing as volunteers wait to start running a volunteer library there. (Note: CIPFA do not make judgements so all comments are my own.)

As can be seen from the diagram above Brent has far fewer libraries than the average borough but a slightly higher than average population.

I have long argued that Wembley Library has vastly inflated visitor figures because the electronic counters count Civic Centre staff who use the library entrance off Olympic Way as a short cut to their offices. Apart from entering and leaving at the start and end of the day, some also enter and leave for their lunch break. 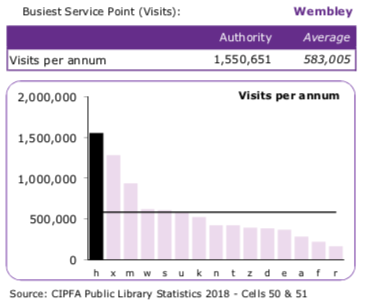 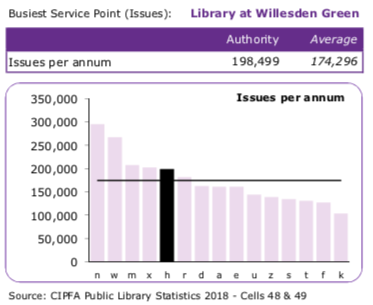 Due to the closures Brent has a low number of what CIPFA call service points: 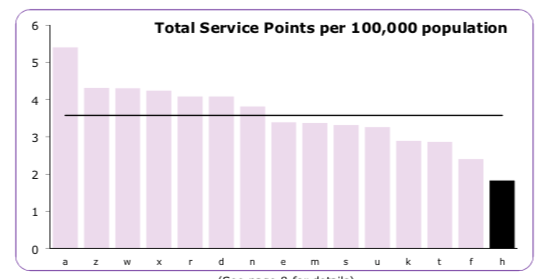 Overall Brent children borrow more books than average with 5 times more fiction than non-fiction borrowed. Primary class visits to the libraries will account for some of this. Adult fiction book issues is below the average but non-fiction higher which may reflect the large number of students who use the libraries. 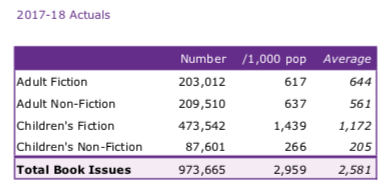 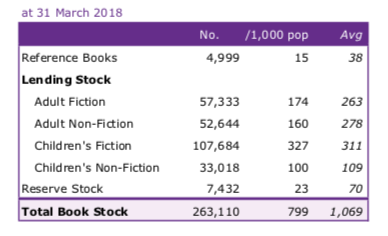 One area of concern is the low number of housebound readers. Some boroughs provide a delivery service, often run by volunteers, and this is something the Scrutiny Committee could investigate. 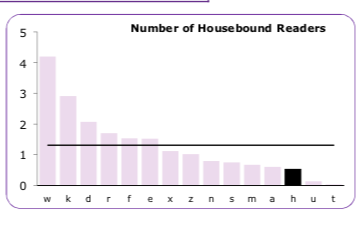 Book stocks are another measure of the quality of the service and here Brent lags. Children do better than adults which may explain the discrepancy in figures. Residents borrow more books than average even though book stocks are lower than 13 other London boroughs: 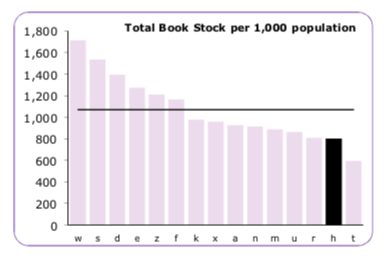 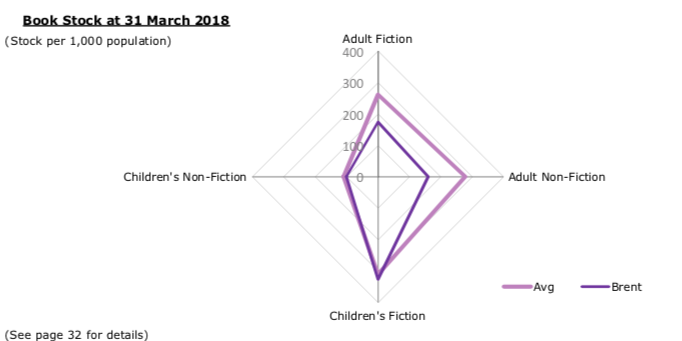 When the  'Libraries Transformation Project' was launched much was made of access to computers and other digital resources such as e-books. The figures show Brent is below the average for the number of devices available but that they are well used. 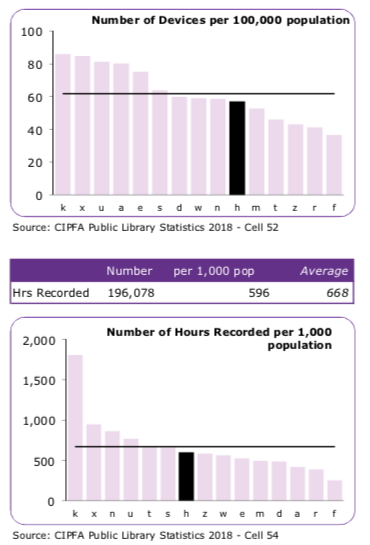 The Brent  libraries website is particularly successful and ease of on-line renewal may account for the low level of overdue fines in Brent: 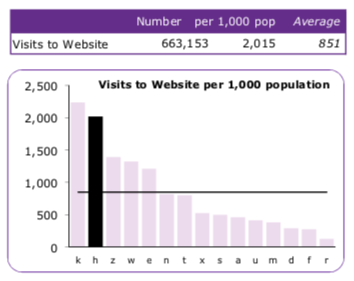 A proposal to reduce the opening hours for Brent libraries, and the possible complete closure of one, was ruled out after the budget consultation.  CIPFA reports a very positive picture on opening hours with Brent out-performing the average for London boroughs.

The figures indicate that Brent is already spending lower than average on its libraries but it is also collecting less revenue, in terms of borrowing charges, fines and reservation fees. Given the low median income of Brent residents I would oppose an increase in charges but it may be an area that will be vulnerable in the future: 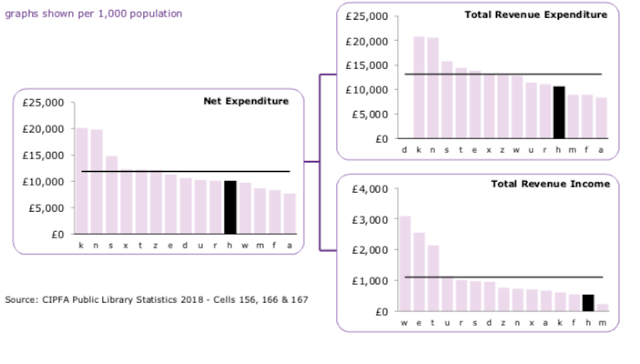