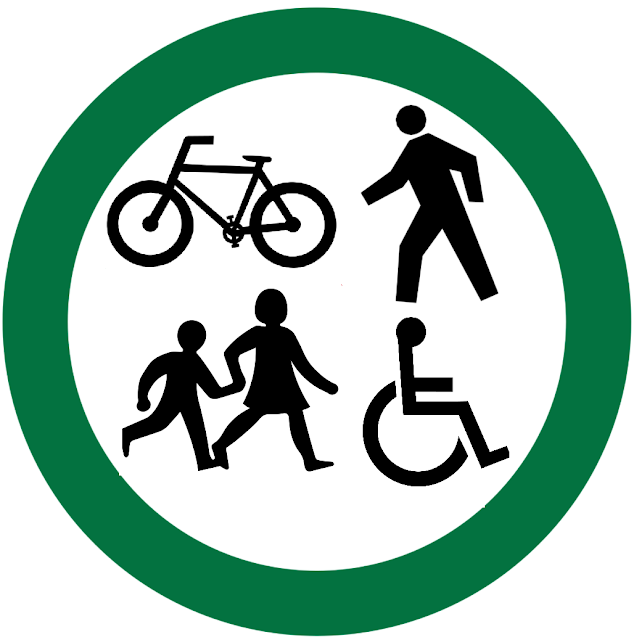 Fearful that Brent Council and its residents will miss out on potential funding for green travel plans (bids have to be in by Thursday), Brent Friends of the Earth have written to Brent's CEO, Carolyn Downs, leading councillors and officers with recommendations for such a bid:

The government is calling for a “step-change” in the roll-out of Active Travel measures, and that these should be taken “as swiftly as possible, and in any event within weeks”. Moreover TfL and The Mayor of London, Sadiq Khan, have launched the ‘London Streetspace’ programme to help residents switch to more sustainable forms of transport, reducing the pressure on other parts of our transport network. Immediate action is essential in reducing public transport to 20% to enable social distancing whilst travelling. As you know there is funding available from TfL and we are keen that Brent secures as much funding as possible to enable the changes that are needed. We hope there is time to consider the recommendations below on green travel as a necessary and timely response to the Climate Emergency declared by Brent council last July.

1. Put in place Clean Air Zones, with charging if needed.

2. Reduce car use through measures such as promoting car-sharing and the need to own and use a car through managing developments in the local plan. The Housing Minister has revoked the sign - off for Local Plans so we ask Brent to run counter to this and find alternatives to removing Green Space / Green Corridors within Brent.

3. Deliver a rapid transition of the council’s own fleet of vehicles to electric.

4. Require deliveries to the council to be by electric vehicles or bike (e.g. through setting-up a distribution centre for onward deliveries by clean vehicles).

5. Extended time limit on pedestrian green phase at every signalised junction for disabled pedestrians; these should run without needing to push the button.

6. Connected cycle lanes through major thoroughfares and parks, clearly painted with their segregation significantly improved through the use of wands, cones, armadillos, and planters and pop-up cycle parking should be encouraged, especially in areas of high pedestrian traffic. Major thoroughfares in turn should allow cycles in bus lanes, but no other (private) vehicles, with stiff fines for infractions; they should use 'swept path analysis' software to ensure cycling safety and viability; see LINK

7. The provision of cycle hoops and bike hangers to be accelerated on given residential streets, as long as two or more households are in favour, and in the parking lots of all schools.

8. For the safety of cyclists in Brent speed limits should be lowered, especially in residential areas and near schools, with increased enforcement and speed camera infrastructure significantly expanded; wherever possible, at intersections without traffic lights and the Council should consider banning turns to remove hooking danger, among the leading causes of injury and death among cyclists.

10. On top of air pollution, noise pollution is a public health issue pertaining to traffic. Brent Council should more aggressively devise and implement noise impact assessments and increase enforcement including fines for all vehicles with noise levels above 10 dBA and increasing fines for modified vehicle exhaust systems that make the vehicle in question noisier after it has been ‘type approved’.

11. The North Circular Rd/A406 should be a top priority for traffic reduction, as it contributes to dangerous particulate levels and noise pollution for all adjacent communities, bisects the borough in ways that make crossing exceedingly difficult, and is extremely un-user friendly to pedestrians and cyclists. Optimally, a trolley line should be placed in lanes for both directions, although this would need coordination with TfL and adjacent boroughs. More immediately, existing plans to sequester lanes in both directions for cycle and pedestrian use, with planters/shrubbery/green verges segregating these from traffic, should be implemented; and over/underpasses for cyclists and pedestrians greatly increased.

We urge you, therefore, to consider the above and prioritise green travel plans as quickly as possible. Where appropriate, funding should be sought from TfL – and where the changes are not the responsibility of the Council we urge you to lobby TfL for these changes. We look forward to hearing from you regarding the recommendations outlined in this letter. We appreciate regular updates and feedback on the subsequent Developments of your efforts.
Posted by Martin Francis at 22:50:00 No comments:

BREAKING: NEU calls on Government to step back from the brink and stop 1 June school reopening

From the National Education Union


Four prominent members of the Government’s own scientific advisory body have broken ranks to express worries about the safety of wider primary school opening on Monday.
SAGE members Professor Peter Horby, who is chair of the Government's New and Emerging Respiratory Virus Threats Advisory Group (NERVTAG); Jeremy Farrar, director of the Wellcome Institute; John Edmunds, professor of infectious disease modelling at the London School of Hygiene and Tropical Medicine and Calum Semple, professor in Child Health and Outbreak Medicine have all expressed fears about the easing of lockdown.
On the BBC Radio 4 Today programme, Professor Horby agreed with Professors Edmunds' and Farrar’s concerns, saying that SAGE has always been very clear that test, trace, isolate must be fully running BEFORE lockdown is relaxed. The system needs to be tracking most new cases, he said, following them up within 48 hours.
Professor Horby added that SAGE does not have a good handle on the role of children and schools in transmission and stated that returning to another lockdown would be much worse than delaying another two or three weeks until contact tracing is fully up and running.
Professor Edmunds said “There are still 8,000 new infections every day in England without counting those in hospitals and care homes… If you look at it internationally, it’s a very high level of incidence.
“I think many of us would prefer to see the incidence driven down to lower levels because that then means that we have fewer cases occurring before we relax the measures.”
Professor Farrar tweeted: “Covid-19 spreading too fast to lift lockdown in England. TTI [test, trace and isolate] has to be in place, fully working, capable [of dealing with] any surge immediately.”
Professor Semple said: “Essentially, we’re lifting the lid on a boiling pan and it’s just going to bubble over… We need to get it down to simmer before we take the lid off, and it’s too early.”
He also said that levels of transmission and hospital admissions are still too high. "I think a political decision has been made to tie in with when school was due to start, were everything normal, but it’s not normal."
National Education Union joint general secretaries Kevin Courtney and Mary Bousted said: “This public break by four prominent of the Government’s SAGE committee changes everything.
“No-one can now confidently assert that it is safe to open schools more widely from Monday.
“All four of these members of SAGE agree that there must a lower number of cases and an efficient system of contact tracing working before there is a relaxation of lockdown measures. Both these measures are included in the NEU’s Five Tests.
“Opening schools more widely runs the risk of increasing the R rate and therefore the level of risk to staff and to parents.
“That risk can only be mitigated if contact tracing is running successfully.
“We have made that case strongly to Government – and we have been supported by the BMA and by the Independent SAGE group in our concerns.
“Government replies that it is following the science. But this public break by senior members of SAGE, including by the chair of the NERVTAG committee, undermines that claim.
“School leaders, their staff and pupils’ families deserve better than this.
“Even at this late stage, we call on the Government to draw back from wider opening of primary schools from Monday.
“Instead we urge them to engage in talks with the profession and the unions, including the NEU, about how to open schools more widely once the contact tracing system is shown to be working.”