The  Trustees of the Local Trust that manages the Big Local programmes funded by the Lottery have dissolved their formal relationship with the Wembley Central Big Local Partnership LINK .

The public face of the Partership is Wembley Futures LINK  Among the partners listed on its website are Ark Elvin Academy, Elsley Primary School, Barham Community Library, Federation of Patidars, Wembley Crime Prevention, Daniels Den, SAAFI, Daniel Estate Agents and The Hub Group (developers of the 'Twin Towers' on the Chesterfield House site).

Big Local is an exciting opportunity for residents in 150 areas around England to use at least £1m to make a massive and lasting positive difference to their communities (over 10years).

It is about bringing together all the local talent, ambitions, skills and energy from individuals, groups and organisations who want to make their area an even better place to live.

They conclude that the current Partnership is dysfunctional in its current form, there is mistrust amongst many of its members and no credible plan to move the Big Local programme forward to deliver the local priorities previously agreed.

The Local Trust suggest there is a high level of risk in terms of investing the Big Local funds appropriately and a reputational risk locally and more widely.

The Trust will now 'take ownership' by following up with CommUNITY Barnet as the Locally Trusted Organisation.

They conclude that though they regret having to take such action there is no workable alternative.  In doing so they say they are acting in the best interest of the individuals, the area and the  programme. 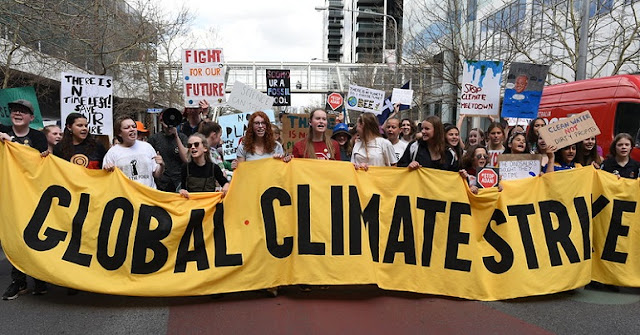 This article by Brent Young Greens member Macsen Brown was first published on the Bright Green blog LINK  yesetrday and is republished with the author's permission.

The campaign for the 2019 General Election is well underway, and the parties are well into the rhythm of things. The Lib Dems are cranking out their dodgy bar charts, the Tories are hitting the scene with a steady stream of lies and deception – and everyone is insisting that they’re the only party that is taking the climate emergency seriously.

But it seems to me that there is only one party that is even remotely close to understanding the radical political, economic and social change that beating this civilisational crisis requires – and that is the Green Party. This is of course my personal opinion, and by no means an endorsement of the party on behalf of the wider school strike movement or the UK Student Climate Network.

This snap election, originally called to resolve an artificial crisis of Tory/Liberal creation, comes at the end of a year of change. It is the cumulation of decades of neoliberalism, privatisation, greed and austerity – which is in itself a continuation of centuries of colonialist and capitalist exploitation of the Global South and of workers everywhere.

This crisis began centuries ago, but every day that goes by it increases in intensity. We missed our last chance to save the world decades ago, what we are trying to do now is to limit the death count and build a sustainable society that can better resist the catastrophe this system has unleashed. Friday the 29th is a Global Climate Strike, but here in the UK it is also opportunity for disenfranchised young people like myself to make our voices heard. We strike monthly because as it stands the government is not meeting our demands, the government is failing to keep us safe.

Today thousands of us will be striking to demand that the UK economy is completely decarbonised by 2030 through a Green New Deal. Integral to this is a worker-led just transition away from the fossil fuel industry and others that contribute to this climate crisis. The Green New Deal calls for the rewilding and the restoration of habitats devastated by the capitalist class’ rampant search for profit, it also calls for the elimination of inequality on a local, national and global scale. The political and economic system that gave us this crisis is responsible for the destruction of communities and lives across the UK, but also across the planet. The Green Party manifesto recognises this, pairing radical environmental policies with a social transformation on a scale that is simply not met by other parties.

The work of Labour for a Green New Deal has been phenomenal, and that the membership did indeed pass a GND resolution at their most recent conference – the fact remains that Labour’s Green Industrial Revolution (though miles ahead of the Tories’ farce of a climate policy) has been watered down by the leadership and as it stands lacks the ambition and scope of a genuine Green New Deal. They will often point to their success in getting parliament to declare a climate emergency as proof of their worthiness, but words don’t cut it alone – and besides, it was Green councillor Carla Denyer who got the first climate emergency motion passed in Bristol.

The Lib Dems similarly fall short of the line with a failure to commit to decarbonisation by 2030, and a continued endorsement of the neoliberalism and austerity that continues to ravage our climate and our communities.

We are also calling for a radical reformation of the way young people are educated about the climate crisis – that the government Teach the Future. The Green manifesto calls for an English Climate Emergency Education Act (just like TTF) as well as putting schools back into the hands of our communities, building links between students and the world around them – both human and natural. We need to start preparing young people for the new world that is coming, for better or worse; and the Green Party’s evidence-based, pragmatic policy is a step towards we need.

We are also asking that the government Tell the Future, with a massive public information campaign that ensures everyone in the UK genuinely understands the sheer scale and scope of this crisis, and what needs to be done to fight back.

Finally, the future must be empowered. This means finally giving 16 and 17 year olds the vote, as a Green government would do, but it also means going far, far beyond that. I feel very strongly that everyone living in a country has a right to take part in that country’s democratic process, that suffrage must be genuinely universal. This means extending the franchise to prisoners and migrants as well as removing the barriers that prevent people without fixed addresses from exercising their right.

But what use is having a vote if it counts for nothing? What this crisis shows us is that now, just as we always have, we need a democratic revolution. This means electing national representatives by the fairest system (STV), organising ourselves horizontally with maximal direct participation from people in their communities, making decisions as a community. It’s not just Cymru, Alba and Éire, we all need independence from Westminster.

Of course, the Green Party is not perfect, but looking at the choice that adults will have to make in December it seems to me that they’re by far the best one you can make.

It’s time we stopped settling for second best, that we stopped picking the lesser of many evils. We are often sneered at and called idealists, but in reality I can think of no party more pragmatic and rational than the Greens. There can be no delusion that things can go on as they are, that we can compromise or find a middle ground between climate justice and genocide. We must do what reality demands, not what politicians can be bothered to do.

As a result of encouragement by the University a third of the 1,500 students accommodated at the Northwick Park University of Westminster  halls of residence have registered to vote.

All the more perplexing then that a polite request to distribute election material to the student flats was, equally politely, turned down by the management of the accommodation.

I was told that this was a decision made at the highest level as the University did not want the students inundated with material and that modern students got all their information through internet searches rather than leaflets.

Apparently this ban applied to all political parties and bundles of leaflets delivered to the Campus by the Labour Party had been binned.

I wonder if the students have had any say in this decision that I was told was 'final'.

A General Election campaigning visit to Wembley Park by London Mayor Sadiq Khan has been cancelled folowing the London Bridge attack.
Posted by Martin Francis at 09:16:00 No comments:


Councillor Sarah Marquis, a local Councillor for the Barnhill Ward in the London Borough of Brent, has resigned today.

Councillor Marquis notified Carolyn Downs, Returning Officer and Chief Executive of Brent Council, of her decision to stand down with immediate effect due to family and personal reasons.
Her resignation creates another vacancy for the office of Councillor for the Barnhill ward, alongside the vacancy opened up in the same ward earlier this week due to the resignation of Councillor Michael Pavey.

In order to trigger a by-election, two local government electors in Brent must write to the Chief Executive’s Office requesting that an election take place.

Two letters are required to fill each vacancy. On receipt of the requests to fill this vacancy, the Returning Officer will set a date for an election to be held within 35 days.

All requests / letters regarding these vacancies must be sent to: Chief Executive’s Office, Brent Civic Centre, Engineers Way, Wembley, HA9 0FJ or by email to: Carolyn.Downs@brent.gov.uk or Chief.Executive@brent.gov.uk.

Cllr Marquis is a former Chair of Brent Planning Committee where she often displayed a principled independent streak. LINK
Posted by Martin Francis at 18:24:00 1 comment: 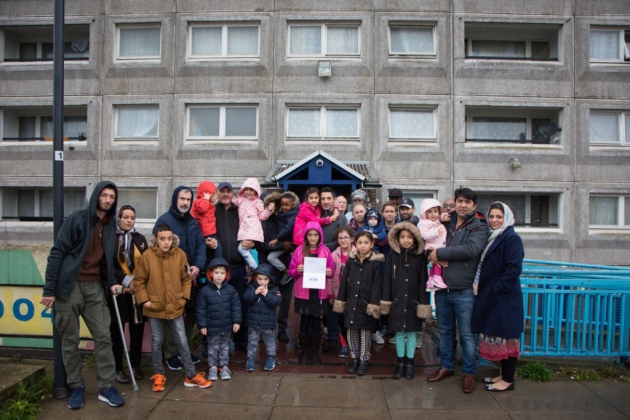 Come to meet the  5 candidates for  Hampstead and Kilburn Constituency:

Note: Brondesbury Park, Kilburn and Queens Park are Brent wards that are in the Hampstead and Kilburn constituency