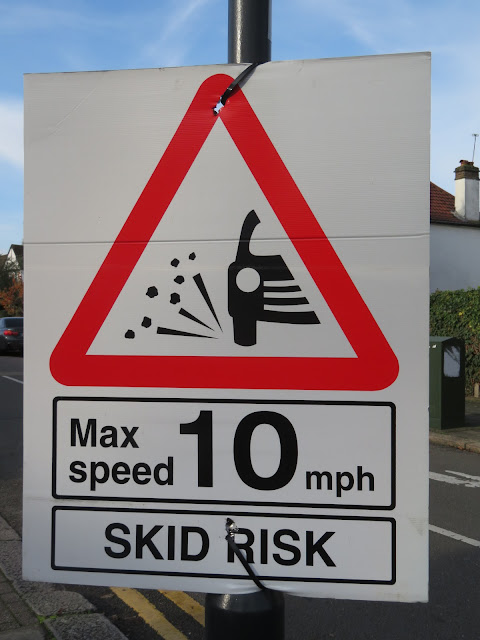 These signs appeared in the north of the borough  out of the blue a while ago but seem to have  suddenly disappeared.

Their positioning seemed quite random, a Salmon Street slip road had 6 or 7 over a short distance and they were often fixed facing the wrong way. I drew Brent Council's attention to the fact that they were so poorly fixed that they often slipped down to the base of the post and suggested that they get the contractor back to attach them properly. They said they would do so. Nothing happened and they were blown in all directions, broken and dangled forlornly to much derision.

Most seem to have been removed as suddenly as they appeared leaving just a few remnants apart from the lone survivor above. Is there is a market for stolen skid signs? 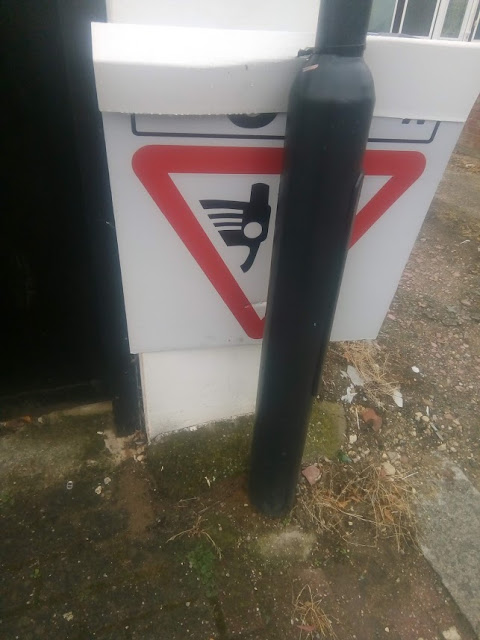 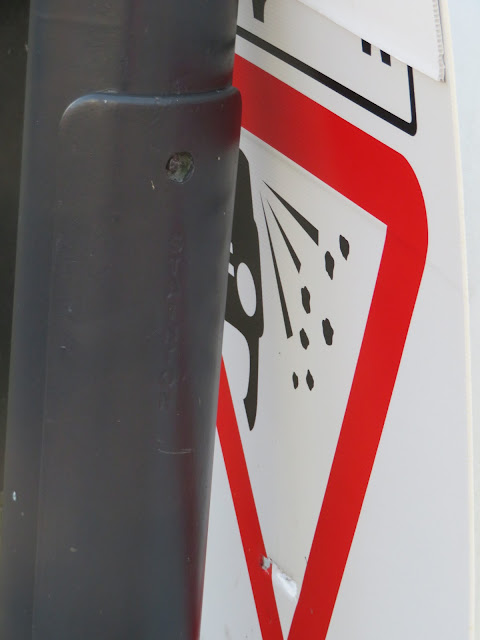 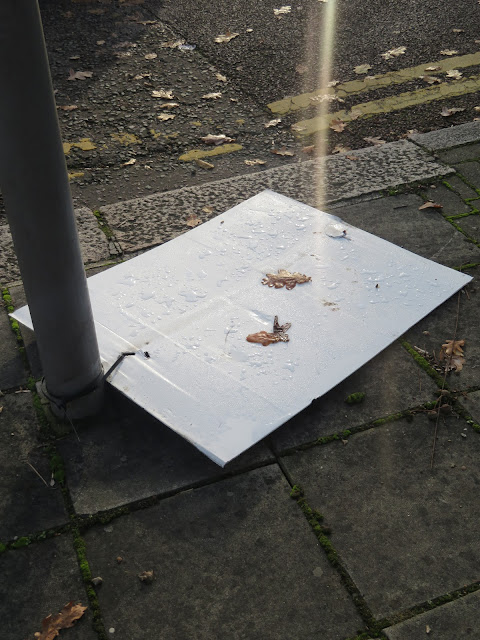 But seriously, several questions arise, this is all money that could be spent elsewhere:

1. Why was it deemed necessary to install these signs and was there any consultation on their installation and the speed limit imposition involved?

2. How much did it cost to buy and install them?

3. Was the contractor asked to put poor installation right or had their fees reduced because of poor performance?

4. How much did it cost to remove them?

4. Are they going to be replaced?

If only we had an opposition on Brent Council to ask such questions...

UPDATE: A reader has sent in the following comment which seems to solve the mystery:

My impression is that these signs are put up by the company which has the new pothole injection-filling contract - there is an online map which shows that they have indeed been filling holes in the Salmon Street service road.
Posted by Martin Francis at 16:56:00