Details of budget proposals going to Brent Cabinet on Monday

Brent residents will face another rise in Council Tax in 2020-21 (3.99%) under the budget proposals going to Brent Cabinet on Monday while council rents will be increased by 1% above the CPI (Consumer Price Index) measure of inflation over the next few years.

The officer led proposals will go out for public consultation if agreed by the Cabinet and will be discussed by the Brent Connects meetings and considered by the Scrutiny Committee.

As Brent Council front-loaded many of the 'savings' in previous years the cuts this time are not as attention-grabbing as previously and cover decisions already made last year such as the closure of Children's Centres. There are projected increases in income through marketing of services and increases in fees to external bodies, builders and developers.

A key aspect is expected savings through re-procurement and bringing services in-house but that is balanced by a welcome commitment to paying those working in services such as homecare the London Living Wage.

Throughout discussion of the various proposals the officers insist there will not be a negative impact on service users and the Equality Impact Assessments record that protected groups will not be affected.

The level of Council Reserves is discussed in the officers' paper. The Tory opposition and some activists have previously urged the Council to 'raid the reserves' to reduce cuts but no change is suggested apart from some internal shifting of the reserves to different headings.

There is a down-grading in the expected rate of growth of the Council Tax base (the number of people who pay Council Tax) and the report points out that most claims on services are made by the young and the elderly. (The 'life style' occupants of the Wembley high-rises make little demand on services while paying high services charges to their managing agents.)

The 'savings' which include cuts, efficiencies, digitising services and income generation,  will balance the budget for 2021/22-2022/23 and amount to £6.1m which includes a contingency of £0.5m: 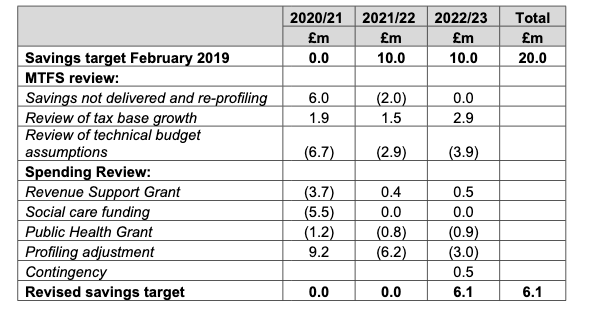 The Direct Schools Grant is separate from the main budget and comes direct from the government. Its distribution is decided by the Council in  consultation with the Schools Forum. Brent pupils are funded above the Government minimum standard so are unlikely to gain. The recent pay increase for teachers is not fully funded by the Government so school budgets will be under pressure. Meanwhile the Special Education and Disability (SEND) budget faces increased demand and there appears to be a potential cut in the money for Education, Health and Care Plans (EHCPs) for the most needy pupils.

An interesting and likely controversial proposal is for the Council to develop a commercial training arm for apprenticeships that would deliver the Apprenticeship Standards. This would require initial investment of £20k in 2020-21 and £80k in 2022-23 but generate an income in the longer term. The Council says this would be delivered via the Council, local schools, health sector and the care sector. Previous attempts have foundered on questions over the quality of provision and allegations that these are not 'real apprenticeships' but cheap labour. 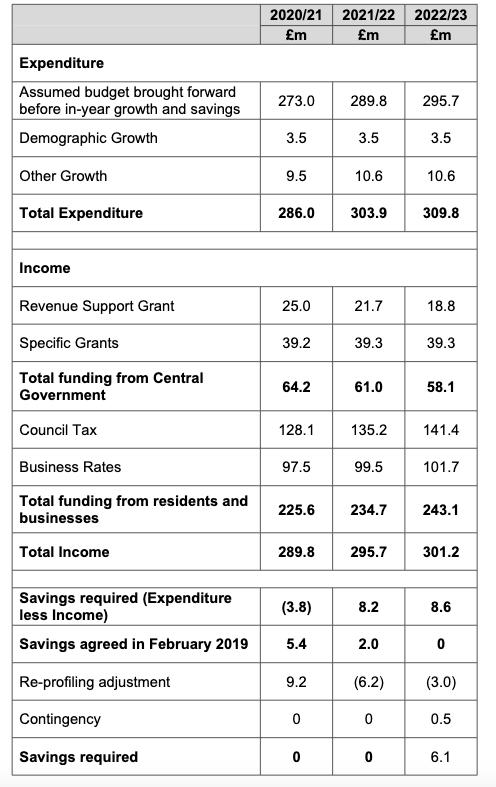 The officers' report can be found HERE and I have inserted the list of savings below. A more detailed list is available HERE