I'm pleased to report that the Library at Willesden Green will reopen to the public this afternoon from 1pm.
Posted by Martin Francis at 14:24:00 No comments:

The General Purposes Committee on Thursday will be asked to approve a voluntary redundancy process for its staff which will be implemented from the next day Friday August 3rd.

It is proposed that a voluntary redundancy scheme be implemented across the council, with applications during August and September 2018, to enable managers to have information about potential volunteers in advance of planning and implementing restructures to achieve council savings requirements over the next period.

The council has made a commitment in its Change Management policy to seek to avoid compulsory redundancies by using voluntary redundancy where appropriate. A voluntary redundancy scheme is advantageous for both management and employees. It enables employees to come forward and initiate a discussion about their future without fear of committing themselves until all the paperwork has been agreed after exit figures have been finalised. For managers, it means that they can plan reorganisations more effectively, knowing in advance which staff are willing to leave. Implementing compulsory redundancies is a significant drain on management time and is very disruptive for the wider workforce.

All final decisions will be made in one place (CMT) which will ensure consistency and will also enable the council to ensure that implementation of the scheme is affordable in the context of the council’s savings requirements.
Each individual case will be assessed on the basis of the efficiency of the service and longer term financial considerations. A payback period of not more than 2 years is proposed.

The proposal is made against the background of further budget cuts outlined previously on Wembley Matters.  The paper does not state how many job cuts are required and figures will depend on the cost to the council of the required pay-outs to staff who opt for redundancy.

Staff 55 years of age or over represent 21% of the workforce eligible for the scheme.  Any possible discrimination arising from the expectation of a payback period not exceeding 2 years can be materially justified by the policy objectives to contribute to the council’s savings requirements and to the avoidance/minimising of compulsory redundancies in the whole workforce. If costs are not recovered over the required period, this does not contribute to the council’s savings requirements over this period and may mean additional redundancies are required to meet the additional costs of the severance.

Unknown impacts – until applications are received and considered it cannot be predicted with any degree of accuracy whether a disproportionate number of applications will be received and/or approved from any particular group. In view of the higher benefits, it is likely that older employees may be more likely to apply.

Unfortunately 713 of our 2139 staff have not specified their ethnicity so a meaningful analysis of the ethnicity of the 55 yrs and over age group compared to those under 55 yrs. is not possible.

Many thanks to local historian Philip Grant for this guest post:
A comment on a recent item about “ A Tour of Wembley Park’s Green and Open Spaces” LINK said:

‘I would love to see where the “lake” is going to appear. Just thought, with all the building work there will only be space for a large puddle in one of the many potholes in Wembley...Lake Water Butt.’

What better opportunity for me to share with you the story of two previous lakes at Wembley Park, and one which is promised for the near future.
In May 1894 the Metropolitan Railway Company opened Wembley Park Station, to serve the new pleasure grounds which were brainchild of its chairman, Sir Edward Watkin. The gardens were designed to entice people from crowded inner London (travelling by train, of course) to spend their leisure time in this beautiful setting. Apart from the promise of a tower, taller than Eiffel’s in Paris, the attractions included a man-made lake, fed by the Wealdstone Brook, where visitors could hire rowing boats.


Wembley Park’s pleasure grounds were very popular at first, but the tower (which became known as Watkin’s Folly) never got above its first stage, and was demolished in 1906/07. Before 1914, part of the grounds were being used as a golf course, and there were plans that the site would become Wembley’s next “garden village” suburb. Then the Great War came.
In 1921, the vacant pleasure grounds (with their excellent rail access) were chosen as the site for the British Empire Exhibition. When the layout for this vast enterprise was designed, the existing lake was filled in, providing a garden which welcomed visitors entering from the station, and a new lake was constructed.

The new artificial lake, across the east-west axis of the site, was not just an attractive feature for recreational use. It was designed to collect and store water running off of the exhibition’s huge concrete buildings, so that the Wealdstone Brook would not flood after heavy rain.


After the exhibition closed in 1925, most of the pavilions of Empire nations were demolished. A vast swimming pool / sports arena was constructed at the western end of the lake, in time for the British Empire Games in 1934 (the road along one side of Wembley Arena is still called Lakeside Way). The remains of the rest of the lake survived for many years, but were eventually filled in to provide car parks for the old Wembley Stadium.

There is no lake at Wembley Park now, but in the latest version of Quintain’s masterplan for the redevelopment of the ex-Wembley Stadium land they bought in 2002, there will be a new lake, as part of a seven acre (not seven hectare, as sometimes claimed by Brent Council) park. As the lake might be difficult to spot on the coloured plan below, I have marked it with a yellow arrow.


This plan, and the image below, were part of a talk given to Wembley History Society in January 2018 by Julian Tollast, Quintain’s Head of Masterplanning and Design. Plans can, of course, be changed as developments progress, but if Julian’s vision for the new lake (in more or less the same place as the eastern end of the 1924 BEE lake) goes ahead, this is what it would look like in around 2027:-


An existing road, Engineers Way, will cut across the lake and park. The park is a much smaller feature for the number of local residents than the parks which local Councils provided for their ratepayers in the past, although the “lake” would be bigger than a ‘Water Butt’. To his credit, Mr Tollast is conscious of history, and of the part played by the landscape architect Humphry Repton in shaping this area, which was named Wembley Park because of his work here in the 1790’s. He plans to use a landscaping feature favoured by Repton to reduce the view of the road from the park; a ha-ha (don’t laugh!).

Meet at the Granville 140 Carlton Vale, NW6 5HE 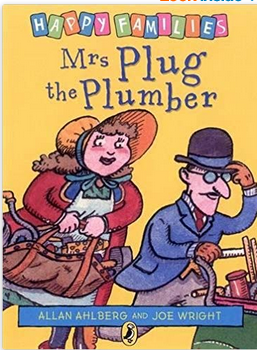 The latest from Brent Council on the closure of Willesden Green library because of water supply problems:

The Library at Willesden Green is still closed. New parts are currently being fitted to repair the water tank. If all goes well the engineers say we will be able to reopen towards the end of next week. We will keep you informed as we get further updates. @Brent_Council

The Brent and Kilburn Times has a story about the recent public meeting on South Kilburn and the impact of regeneration and HS2. LINK  One resident has said disruption was so bad that he wanted to move away. The Kilburn Times reports:


Cllr Muhammed Butt, leader of Brent Council, felt he “had to step in” on hearing residents wanted to move away.

He said: “I’m edging on the side of residents.

“There’s a lot of regeneration taking place for the next 15 years or more and we must do all we can to safeguard the residents. “If he’s talking about moving out the area, we need to have a serious conversation.”

However, he was later challenged on why he petitioned HS2 to move the vent shaft from its original spot in a Queen’s Park car park in Salusbury Road