July 5th 2018 sees the 70th anniversary of the founding of the National Health Service, and there will be a community tea party in Wembley’s Yellow Pavilion the following day (Friday 6th July, from 1pm to 4pm) to celebrate the event:- 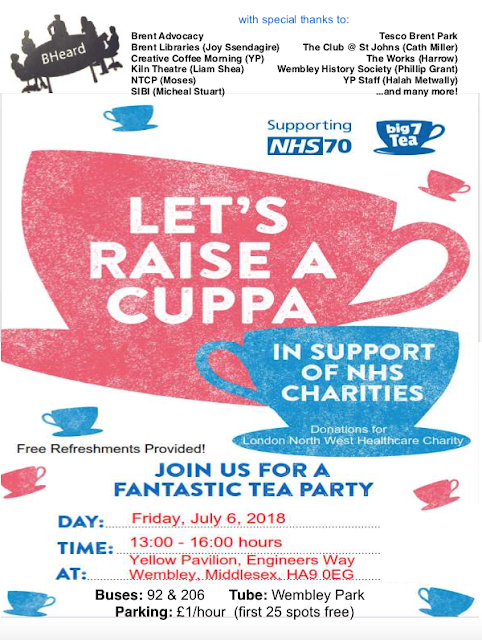 But what medical facilities did the ordinary folk of Wembley have before the NHS was set up, and who provided these? I was invited to provide some “local history” information for this NHS70 event, and I would like to share some of it with “Wembley Matters” readers here.

Ever since Tudor times (after Henry VIII dissolved the monasteries who had often provided some health care to the areas around them) the Church of England parishes were expected to provide care to poor people within their district. Every year each parish appointed two or three local men to serve as Overseers of the Poor, raising money to meet the costs of providing “relief” and (if they were lucky) some basic medical care.

Most of Wembley was in the Harrow parish, but in the 1840’s two spinster sisters, Anne and Francis Copland, who had inherited their father’s estate at what is now Barham Park, campaigned for Wembley and Sudbury to be made a separate parish, and paid to have St John’s Church built in Harrow Road, not far from their home. They were great philanthropists, providing money for a school, and a workmen’s hall (including a small library). 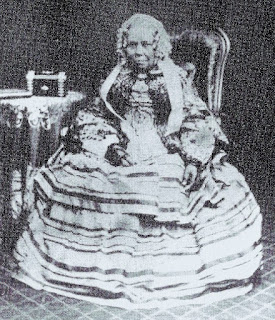 In 1871 (the year before she died) Anne Copland gave money to build and endow a Village Hospital. The site is now Wilkinsons, in Wembley High Road, near the junction with Park Lane.

Unfortunately, Anne had said that only the interest (at 4%) from the investments she had given the hospital could be used to fund its running costs, and the hospital had to stop taking inpatients in 1883. After that, the building became a doctor’s house, at which the sick could be seen, and given medicines from a dispensary.

The doctor living in the former cottage hospital, Charles Goddard, became Wembley’s first Medical Officer of Health, when it was made a separate District Council in 1895. He held that post for around forty years, and in 1924 he called a public meeting to propose that a new hospital be built. There was a lot of support from local people, and Titus Barham (who owned the Express Dairy Company, and lived at Sudbury Park, which had been the home of the Copland sisters) donated land at Chaplin Road, which was part of his own dairy farm, as a site for the new Wembley Hospital. Barham also donated £2,000 towards the cost of building it, and he and his wife Florence were active in organising fund-raising events for the project as well.

When Titus Barham, who had been the hospital’s president, died in 1937, he left a further £20,000 to Wembley Hospital in his will. But as a charity (a bit like St Luke’s Hospice today), it needed to regularly raise money from other sources. One of the ways this was done was by holding an annual hospital carnival week, with a Carnival Queen, street parade and various fundraising events. Another important source of funds was a “hospital savings scheme”, where by paying contributions of sixpence a month (made by 20,000 of the 90,000 residents in Wembley and Kingsbury in the late 1930’s) local people were entitled to free treatment in the “public wards”.

The Anne Copland Ward at Wembley Hospital, around 1950.

When the NHS was set up in 1948, Wembley Hospital was absorbed into this new service, but although its management had changed, it still provided the same type of care to its patients. Like many other hospitals, as well as training local young women as nurses (under the supervision of the Matron), Wembley also benefitted from some who came from the Caribbean (another 70th Anniversary! – LINK 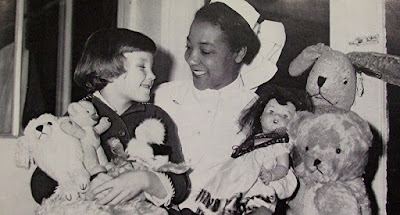 Wembley Hospital’s role diminished over time, especially after the new District Hospital at Northwick Park was built in the late 1960’s, but its site in Chaplin Road is still providing a range of health services for local people (me included!) as the Wembley Centre for Health and Care. So, Happy 70th birthday NHS, and thank you.

Acknowledgement
All images are  from the Wembley History Society Collection at Brent Archives.