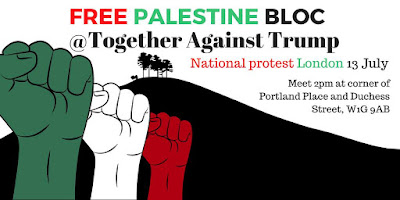 Brent Council is to discuss a motion on Gaza at Monday's meeting put forward by the Labour Group:

This council joins international condemnation of the recent killings of 130 Palestinian protestors by Israeli forces – firing live ammunition into crowds of unarmed civilians is illegal and must not be tolerated; any escalation in this long-running dispute is deeply regrettable.

This council is appalled that more than two thirds of Palestinians are reliant on humanitarian assistance, with limited access to essential amenities such as water and electricity.

This council supports the right to protest against such awful conditions, against the continuing blockade of Gaza, and occupation of Palestinian land, and in support of a viable two state solution.

This council calls upon the UK government to encourage the UN Secretary General to renew his call for an independent international inquiry into these killings, and review the sale of arms that could be used in violation of international law.

Glad they've finished with clearing up all the flytip, ensuring the potholes are filled, making sure there is adequate youth provision etc to have the time at a council meeting, we are paying for with our taxes, that they rise each year by approx 3% - to turn itself on how Brent Council can play more of a role on the world stage.

How about Councillor Kieron Gill of Brondesbury Park turn his attention to something as a Labour party member that they can directly influence - like having the war criminals Tony Blair and Jack Straw STILL MEMBERS OF THE LABOUR PARTY - when only the week before last it turned out the last Labour government paid for rendition and torture? !

A real Peace initiative founded in the 1970s with both Israeli and Palestinians living together in the same village. Please use this as a guiding principle for Brent Labour's actions. https://www.oasisofpeace.org.uk/
Community Library volunteer. Best wishes to all.

https://www.oasisofpeace.org.uk/peace-education.html
School for Peace and Conflict transformation
The outreach work of the School for Peace (SfP) is particularly relevant to young people who will be tomorrow’s leaders. The Youth Encounter Programme was the SfP’s first venture into the field of conflict transformation. It has been developed as a residential workshop at NSWaS for up to 60 high school students, 30 from a Jewish school and 30 from a Palestinian Arab school. A large number of schools from all over Israel take part in this programme, which has run successfully for over 30 years, and has become one of the major projects we support.
Social Science students at Tel Aviv, Haifa and Ben Gurion universities also benefit from the SfP's work, with academic courses designed specifically for this discipline. After graduation, many choose careers where they can put into practice the expertise and awareness they have gained through the SfP course.
In order to have a direct, long-term social and community impact, the SfP has developed change-agent courses for professional groups. These include human rights lawyers, up-and-coming politicians, mental health workers, environmentalists, urban planners and literature teachers, to name just a few. We fund some of these courses, together with USAID and the EU, through grants from UK Trusts.
Oasis of Peace UK supports many of these vital courses through building and maintaining relationships with individual donors and Trusts, and organising wide-ranging events.