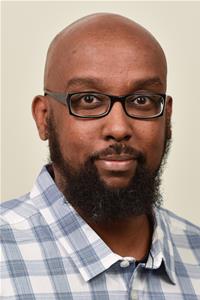 UPDATE Cllr Abdirazak Abdi WAS replaced on the Planning Committee by a vote of Brent Council last night. The item was moved up the Agenda and taken before his fellow Kilburn councillors arrived in the chamber.

Below posted before the Council Meeting

I understand that Brent Council's Labour Leader is set to remove Cllr Abdirazak Abdi from the Planning Committee at tonight's meeting of Brent Council.

Cllr Abdi has proved to have a mind of his own on the Committee and voted against several planning applications.  Councillors on the Committee are of course supposed to be independent of political decisions but unfortunately Abdirazak's independence appears to have displeased 'The Leader', who is quoting the need to find committeee places for the recently elected Willesden Green councillors as the pretext for the removal.

As several Labour councillors hold a number of committeee positions this does not hold much water. Abdi is only on one committee.

Butt's decision has to be ratified by this afternoon's  Labour Group meeting which precedes Full Council.

Cllr Andi is due to be replaced by Cllr Elliot Chappel, newly elected for Willesden Green. LINK

Cllr Abdirazak Abdi represents Kilburn ward where Cllr Duffy was previously councillor. Duffy famously stood up to be counted over a number of issues including Paddington Cemetery asbestos and the Council's waste policy.

The Secretary of the Kilburn (Brent) branch of the Hampstead and Kilburn CLP has now written to Brent Labour Group Executive members about the issue:

As secretary of Kilburn (Brent) Labour Party branch, I'm appalled to hear that Councillor Abdi Abdirazak is being removed from his position on the planning committee of Brent Council, and at such short notice that it will be ratified at the Council meeting this evening.

Although the pretext appears to be to make room for the newly elected Willesden Green Councillors, this is clearly not the case, since Abdi is only on one committee whereas there are councillors on several who could have made way.

On behalf of the branch, I ask that you withdraw this proposal.

We will be discussing this at our Branch EC meeting and will decide what further action needs to be taken; I would therefore welcome an early reply so that this can be taken into account.

Do we know whether Cllr Abdi WAS replaced on Planning Committee at the Council meeting? With no live streaming, how can we know who said what on this issue, and whether Butt got his way, as usual?

Yes by newcomer Cllr Elliot Chappel (Willesden Green). The only person to speak on the issue was Abdirazak himself who protested against his removal. The supplementary agenda item said he had resigned from the committee. I believe this is untrue so the agenda item misled the public.