Brent Council and Cara Davani – The Last Post...(and, How much should the Council expect to pay for a bucket of whitewash?)

Use of railway land for the transportation of aggregates and non-putrescible waste (construction) by rail including dismantling and removal of lighting tower; levelling of site and provision of landscape bund; 2no. open stockpile areas each containing 10 storage bins (with detachable panels) and 2no. partially enclosed stockpile areas each containing 9 storage bins (with detachable panels); acoustic and perimeter fencing; CCTV, security hut, 4no. welfare buildings, 4no. weighbridges and associated control cabins, 2 no. wheel wash facilities, dust suppression system, drainage, parking for HGVs and cars, traverser road, replacement rail track sidings, continued use of existing building for staff and welfare facilities; and other infrastructure and ancillary works including alterations to the existing access to Edgware Road and provision of new landscaping 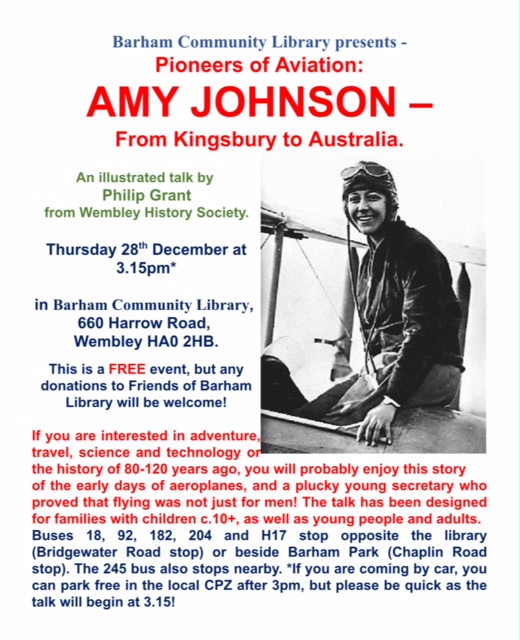 The song commemorating Amy Johnson, recorded by Pat O'Malley with the Jack Hylton Orchestra in Berlin 1930:

Could you be a volunteer teacher of English in Brent? 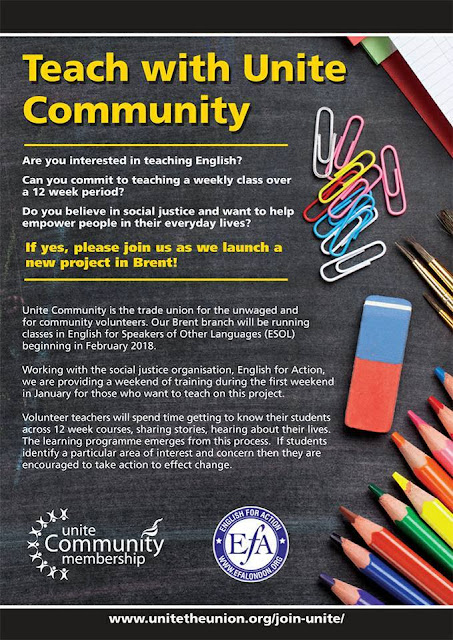 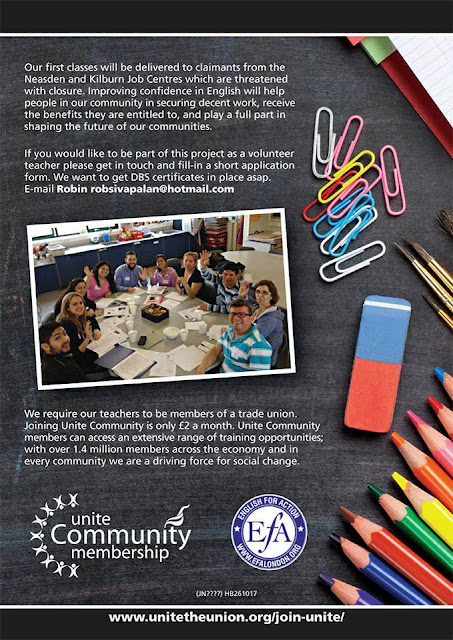 If any readers want to do some ESOL  (English for Speakers of Other Languages) teaching in the new year in the community, Unite the Union is running free training for volunteers so we can provide free classes in the borough. It's a minimum commitment of a weekend training and a 12 week course of classes (i.e 2 hours a week). We will find venues to suit when you're free and available.

Also, if anyone is part of any community groups (especially with venues) wanting classes, please get in touch with maryado2000@yahoo.co.uk
Posted by Martin Francis at 10:52:00 No comments:

Twitter and Facebook were awash with complaints yesterday as the Spurs v Southampton event at the stadium meant parking restrictions were imposed.  Residents were angered that visits by relatives and friends on Boxing Day were affected with one person suggesting that Wembley had become a no-go area for those from outside the area:

I’m going to complain. Rules need to change. Don’t need whole day restriction for a 2 hour football match/concert. It’s a stupid system and unfair to residents and people who want to visit the borough. Especially on bank holidays !!!

The 12.30pm kick-off meant that traffic built up during the afternoon and the route between Wembley High Road and Forty Lane was at a stand still with tail-backs stretching into the surrounding area.

On a personal note a friend travelling to see me in Wembley Park from Alperton for Boxing Day lunch was due at 2.30-3pm and didn't make it until 4.15pm.

Anger was directed at Brent Council for approving the increase in the number of games held at the Stadium without requiring the necessary  infrastructure improvments.  This led to discussions about what had actually happened to Section 106/CiL money.

Can you help the Wembley FC petition get to 25,000 signatories before the end of the day?