Readers of this blog will be familiar with the travails of Brent Advocacy Concerns which is going to have to close at the end of November due to the charity being unable to meet the new high rent demanded for its small premises in Willesden. The charity has no paid workers but is still helping people with disabilities. Just this week it is providing advocacy for a parent of two autistic children as well as a range of other age groups.

Now it looks as if other local charities may also be facing closure, this time due to an unscrutinised decision by Brent Council.

The Council is requesting exemption from Scrutiny of a decision to award the 'Gateway to Support Services' contract to Age UK, Brent, Harrow and Hillingdon. This would five different services, not all of which are known to be an area of expertise for the organisation:
These are services for some of the most vulnerable Brent residents and it is surely detrimental to their interests that the decision and contract have not been subject to rigorous scrutiny.

The reason for the failure to add the procurement to the Council's Forward Plan is attributed to 'officer oversight.'

The decision will mean that a number of Brent organisations that were not successful in the procurement process will lose what was previously funding from the Council and if, like Brent Advocacy Concerns, are unable to find alternative funding, will have to close.

Any Scrutiny would need to look at what that would mean for residents currently receiving services from those organisation and consider whether a large contract, embracing five areas, would have the risk of losing some specialist skills and expertise of value to the community.

Large, multiple area contracts, aimed at saving the Council money, are not always as responsive as small organisations. The Veolia contract covering street cleaning, waste collection, recycling, parks maintenance and more has not been an unmitigated success!

Extract from the Exemption Notice to Cllr Ketan Sheth, chair of the Community and Wellbeing Scrutiny Committee 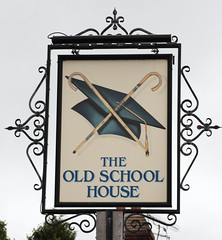 A licensing application made by Queens Park Community School that had  attracted strong opposition from some neighbouring residents as well as minority support from some concerned about education funding cuts has been withdrawn according to the Kilburn Times LINK . An application for a 3G floodlit football training pitch is going ahead. The school said it had 'heard residents concerns' about the licensing application but would use the income from lets of the pitch to the benefit of pupils.

Opponents claimed that the licensing hours of 10am to 23.30 (including 'drink up time') were unreasonable with some claiming that this amounted to a change of use from an educational premises to an entertainment venue. Noise and anti-social behaviour were cited as having a negative impact on a residential area while others questioned whether alcohol should be served when children are present on the premises.

An example of the  objectors' arguments can be found HERE.

Those supporting the application included some governors and ex-governors of the school who said that the school needed to generate an additional income in an era of education cuts and that entertainment offered at the school (live entertainment, recorded music, performance of dance, film screenings) would be to the benefit of the community as well as making an offer of a large venue for weddings, celebrations etc. They claimed that the school has promised sufficient detailed safeguards to address residents' concerns. A example of a supportive comment which details the safeguards is available HERE.

There were 67 objections and 19 supportive comments.

A key aspect of any licensing application is the view of the local police. They objected to the application and listed  conditions that would need to be met if it were to be approved. HERE

Queens Park Community School is not run by Brent Council. It is a Co-operative Society Academy.

The applications are symptomatic of the increasing desperation of schools to win additional income streams from their premises faced with funding cuts. Brent Council recently took action against local schools that let their playgrounds out for Event Day parking cutting off that additional income stream.
Posted by Martin Francis at 09:52:00 No comments: 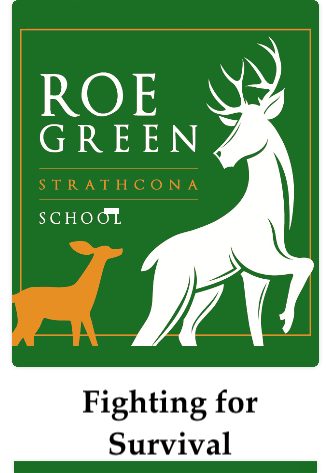 Roe Green Strathcona School will be closed for the fourth time due to strike action on Wednesday 2nd October; NEU members are attempting to save their school from closure. Despite giving the go-ahead to several new free schools in the borough, Brent Council wish to close this successful local authority run school.
Jenny Cooper, District Secretary for Brent National Education Union, said:

We commend our brave members and their parent supporters for their fierce, collective campaign to try to defend this successful local authority school; our action will be suspended as soon as the council reassures us the school will be saved.

Eight councillors have opposed the decision to close the school as they believe further scrutiny is needed to look at possible alternative futures for the school.
Teachers, parents and community supporters will protest outside Brent civic centre from 4.30pm Wednesday and following this will attend and speak at the council meeting in a bid to save the school. This is certain to be a contentious meeting with strong feelings expressed.

The special meeting of the Community and Well-being Scrutiny Committee will be held in the Conference Hall at Brent Civic Centre and will begin at 6pm.  The call-in was made by an unusually broad group of Labour councillors: Cllrs Abdi, Afzad, Chan, Gill, Hector, Kennelly, Marquis and Pavey. (Alphabetical order).

The councillors' reasons for calling the Cabinet's closure decision in for further scrutiny are set out in the document below. Click bottom right for full size version.

'Pearlies' at Preston Library tomorrow 4.30pm -head about the Pearly Kings and Queens 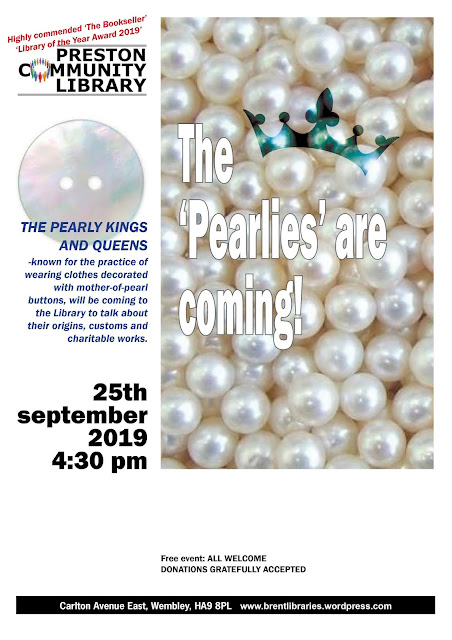 Although the consultation period has now ended, we can still send in concerns and objections as we uncover new facts.

The building where we are homed, the Carlton Centre, has been regarded as D1 use and this is identified as 'Class D1. Non-residential institutions':

Any use not including a residential use —

(a)for the provision of any medical or health services except the use of premises attached to the residence of the consultant or practitioner,
(b)as a crêche, day nursery or day centre,
(c)for the provision of education,
(d)for the display of works of art (otherwise than for sale or hire),
(e)as a museum,
(f)as a public library or public reading room,
(g)as a public hall or exhibition hall,
(h)for, or in connection with, public worship or religious instruction.

Putting offices in these buildings requires a change of use, even if the offices are for social enterprises and startups.

The Council have not applied for change of use on the latest planning permission application and therefore the planning application is not valid.

Keeping this in mind, please email your objections to patrick.Doyle@brent.gov.uk (Planning ref# 19/2378)

Thank-you for all your support.
Posted by Martin Francis at 14:00:00 No comments: 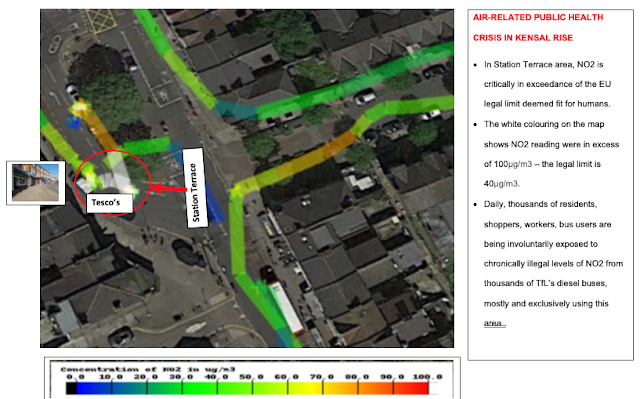 It seems counter-intuitive that clean air campaigners should aim some of their fire at buses - after all isn't good public transport one of the ways of addressing traffic pollution?

This is why I asked Fiona Mulaisho of Kensal Rise Residents Association to explain the issues for Wembley Matters  readers after she made a presentation at the last Council meeting:

1) There is an air related Public health crisis in Kensal Rise - in the Station Terrace locality which is most exclusively used by thousands of TfL diesel buses;


2) For the above area where Nitrogen Dioxide (NO2)emissions from TfL diesel buses only were found to be almost triple the European Union's legal limit deemed fit for humams. This area  is heavily patronized by residents, shoppers, schoolchildren, bus users etc as there is a Tesco in the vicinity. These people are being involuntarily exposed to illegal levels of bus induced NO2.


Ark Franklin Academy on Chamberlayne is 1 of 50 worst polluted schools on London's most polluted roads in the Mayor of London's Air Quality Audit for schools 2018.


3) Brent Council needs to address this public health crisis immediately as exposure to pollution causes asthma, cancer, lung deformation, heart attacks with children and the elderly being the most vulnerable.


4) The Kensal Corridor Improvement scheme (KCIS) mentioned by Clkr Krupa Sheth in her response, and to be funded by TfL has no credible air pollution of congestion reduction measures, a real missed opportunity to address the longstanding and illegal air quality environment in the local area. There will still be 70,000 vehicles and nearly 12,000 diesel buses using Chamberlayne Road weekly.


6) 30 local Kensal Businesses have sent a letter to Brent Council and 3 Queens Park ward councillors objecting to the bus stand proposal and demanding for action on the very toxic and perilous air quality conditions along  the high street. (see below)


7) Instead residents and business want the Station Terrace area to be used for initiatives they would benefit the community, businesses and local economy and air quality environment I.e a weekly farmers market. They do not want the heart of their high street to be turned into a mini depot for TfL to increase and store more of its diesel buses, many of which travel to and from Kensal Rise more or less empty.


8) What I didn't say but implied is the Council is keen to get the KCIS money from TfL. However, given what we know about the serious air quality problems caused by TfL's 12,000 diesel buses, we are of stand strong that "Kensal Rise residents and businesses' lives, health and wellbeing are not for sale to TfL". And the Council should never put it's residents in this position. And it needs to take action on the bus induced air related Public health crisis.


1) There has been no evidence of analysis proffered with KCIS on how and by how much "congestion and associated pollution be reduced". We have asked for thus data and analysis but nothing forthcoming other than the response that "They just know!"


2) The highly illegal NO2 emissions were found to be coming from some of the newer supposedly cleaner buses  - Euro VI - in the Station Terrace area. Think diesel-gate but for buses.


3) There is a false belief within Brent Council that TfL is going to magic up a whole load of cleaner buses / electric. The fact of the matter is TfL has less than 250 electric buses and operates over 700 routes daily in London, each route assigned with 12 buses... do the maths! As at March 2019, TfL had a fleet of 9,142 buses of which:


4) The majority of TfL fleet will be diesel right up to 2038 when all buses will have to be zero emissions so we are in for the long haul with TfL!