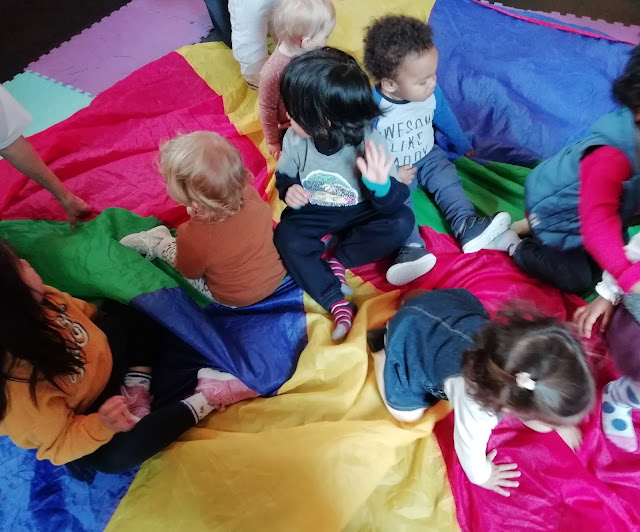 In a powerful statement Sharmine told the planning inspector how the group had begun in response to a need to provide activities for the children of parents who were often socially isolated.  It not only provided children's activities but addressed  mental health problems associated with isolation by putting in place a supportive network where the problems as well as the joys of parenting can be discussed.

Busy Rascals provides dance and music classes for children as well as classes and information for adults. Ian Elliott, who has been speaking for Save the Queensbury at the public inquiry was himself a user of the service and Sharmine praised his support - without it Busy Rascals would not exist.

The group has won numerous awards for its work and any profit from money paid for classes is invested back into the provision.

Although Busy Rascals had spoken to the developer they had received nothing in writing assuring them that space in the new development would definitely be allocated to them. Such an assurance was needed for peace of mind. The developer had undertaken to undertake 'best endeavours' to provide an alternative space ,should the appeal succeed, while the redevelopment took place.

The QC for the appellant was at pains to point out that the new development would provide a bigger indoor space and an outdoor space superior to present provision. He also said the developer would pay any rent etc payable on the interim space.

I asked  a question from the floor on whether rent would be payable on the community space in the new development, particularly as it had been suggested that other community groups could use it as well as Busy Rascals. The inquiry adjourned so the QC could consult with his client on the issue.

I had to leave but closing statements followed from both sides and in the afternoon the Planning Inspector visited the site with the parties.
Posted by Martin Francis at 08:22:00