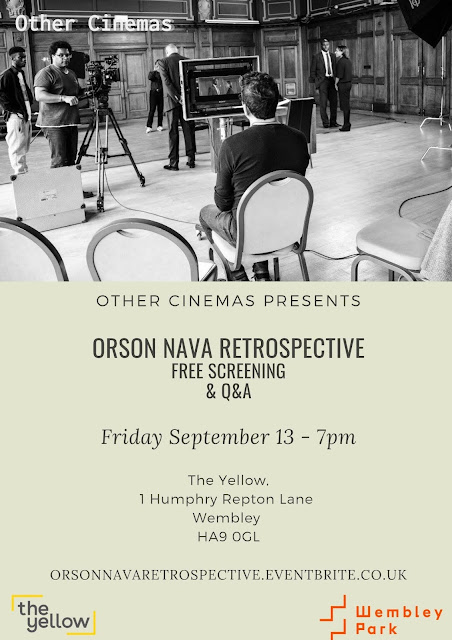 On 13th September, Other Cinemas are delighted to be hosting a retrospective of Orson Nava’s work. Orson will join us for a discussion and Q&A.

Orson Nava is a graduate of the Northern Media School and The National Film and Television School and has a background directing dramas and documentaries for the BBC, C4 and ITV and music videos for record labels including Polydor, EMI and Island Records.

Recent directing credits include the short political thriller ‘A Viable Candidate’ starring (Steve Toussaint), ‘Everyday Borders’, a one hour documentary exploring the impact of the hostile environment on migrant communities in the UK, music videos for chart topping urban/pop music artists Aggro Santos and Mumzy Stranger (nominated for best video at the UKAsian Music Awards), and ‘Hearts & Minds’, a fifty minute drama dealing with the radicalisation of a young Muslim boy produced for Khayaal theatre company.

Orson is currently completing a full time funded PhD at the University of East London focussing on Race, Innovation and the Creative Industries lead regeneration of East London, and is a visiting fellow at the Centre For Research On Migration, Refugees and Belonging.