A fascinating lady from history – with a local connection 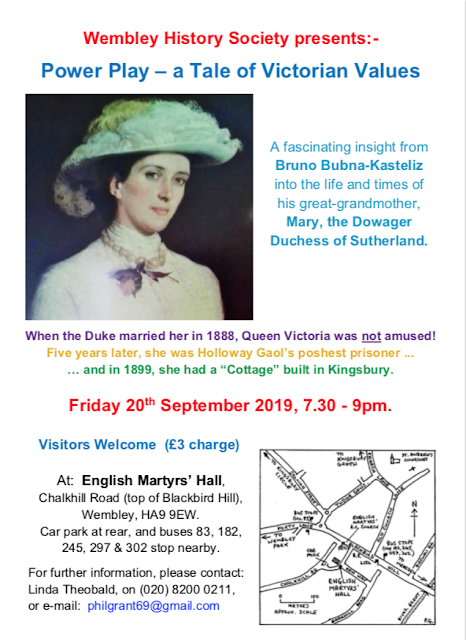 Almost everyone living in England 125 years ago would have heard of the Duchess of Sutherland. Anyone interested in social history, or who just likes a great story, should know more about her, and her times. You have the chance to do that, with an illustrated talk at Wembley History Society on Friday 20th September.


Mary Michell was born in 1848, the daughter of an Oxford don, and grew into a striking woman (reputedly six feet tall). She could have married an Egyptian prince, but her first husband (of three – she was widowed twice), Arthur Blair, was a former army officer. He was shot with his own gun on a Scottish grouse moor – the inquest verdict was accidental death, but some doubted that.

She was the mistress of the 3rd Duke of Sutherland (who was 20 years older!), and he married her in Florida not long after the original Duchess died. The relationship may have begun as “a bit of sport” on his part (like his close friend, the Prince of Wales, he had a long history of affairs), but it developed as a deep love on both sides, which only ended with his death in 1892. 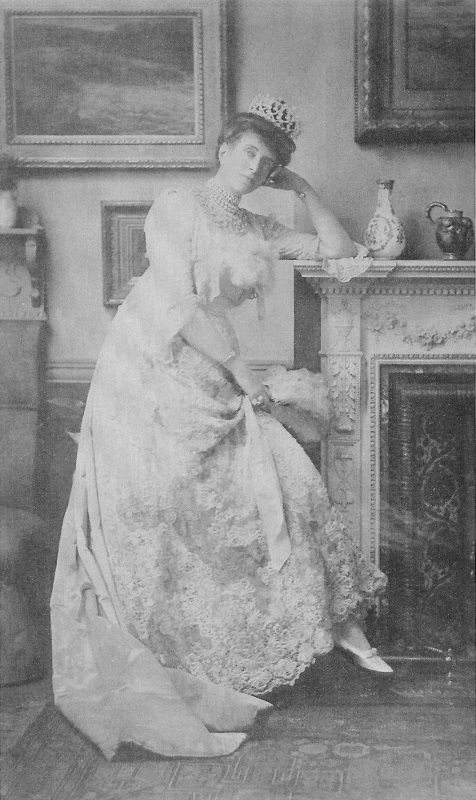 The Duchess in her diamonds, probably
at their London home c. 1890.
[Photo courtesy of Bruno Bubna-Kasteliz]

Although the Duke’s will left his title and huge estates to his heir, he left all of his money to the Duchess! The will was, understandably, challenged by the 4th Duke of Sutherland, and it was this case which led to the most famous, or notorious, time in the life of the Duchess, including being jailed for contempt of court.

The court settlement left her a very wealthy Dowager Duchess, but in 1896 she married the M.P. for Islington South, Sir Albert Rollit. Mary may have been attracted by some of his ideas – although a Conservative, he had put forward a private member’s Bill in 1892 to give (limited) votes for women! Around the same time, while married to the Duke, she held “open house” at their London mansion for 600 shop girls from West End stores, to highlight their poor working conditions.

And her local connection? In 1898/99, she had a country house, in 10 acres of grounds, built in Kingsbury. It was named “The Cottage”, but is now called Kingsbury Manor, in Roe Green Park. Although the house is not open to the public, its award-winning community Walled Garden, with exhibits commemorating the Duchess, has an open day on Saturday 14th September (11am to 4pm). 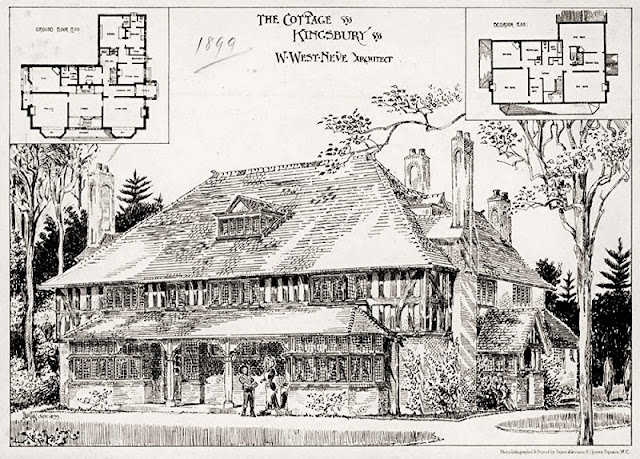 “The Cottage”, as drawn by the architect, W. West Neve, in 1899.
[Brent Archives online image 0386]
There is no evidence that the Duchess ever lived in Kingsbury, and she may have intended “The Cottage” as a potential home for her daughter, Irene. Ms Blair did live there, after her marriage to an Austrian Count, Johann Bubna, in 1901. They had two daughters, the youngest of whom, the Countess Ina Bubna, was the mother of the History Society’s guest speaker. 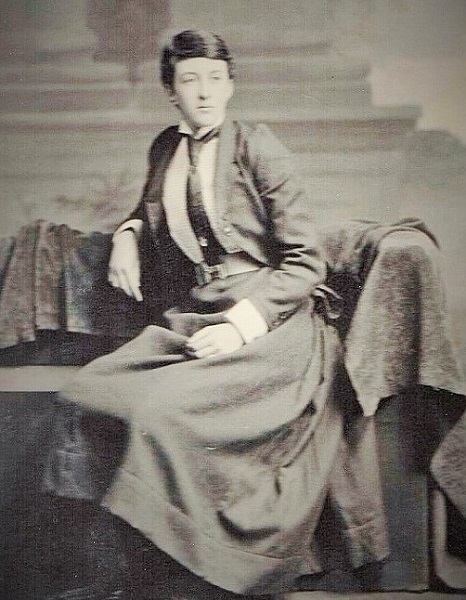 When I first saw this photo of Irene, the name that sprang to my mind was Oscar Wilde! He was then writing successful comedy plays, satirising the English Upper Class, and some of his characters have stories which could be based on incidents from the Duchess of Sutherland’s life. Was she “a woman of no importance”? Decide for yourself, when you have enjoyed “a tale of Victorian values”!