Local residents report that the parking restrictions outside Furness Primary that had been imposed to make ready for the removal of five trees this morning LINK have been removed.  News of the proposed felling spread like wild fire yesterday on Facebook and Next Door with the vast majority of local residents opposed. Another three trees were scheduled for removal elsewhere in Furness Road.

Children left their own messages nearby: 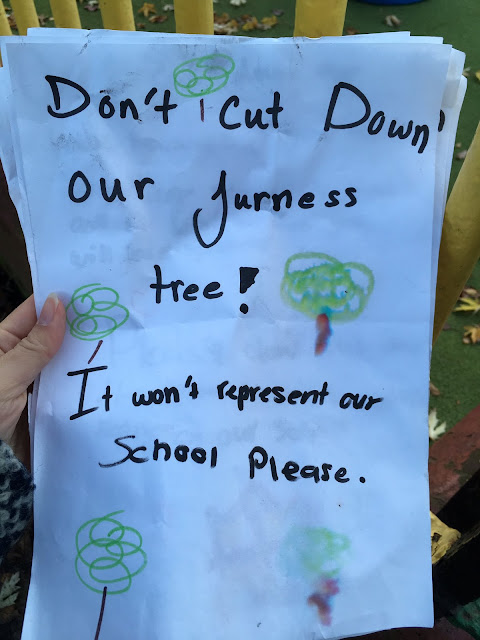 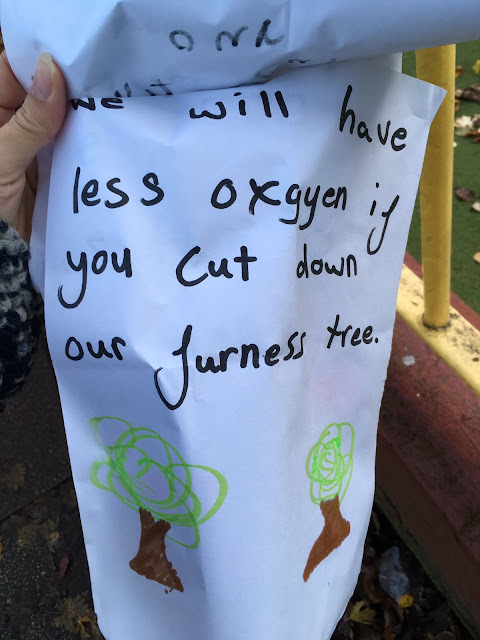 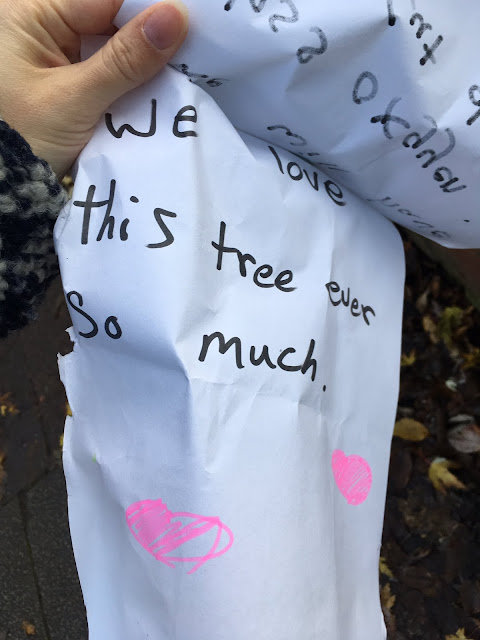 Whether this signals a temporary reprieve or a major re-think is not yet clear. Meanwhile the chair of  Harlesden Area Action has written to Cllr Krupa Sheth, lead member for the Environment and Gary Rimmer, Trees officer:

I am receiving feedback from many residents (nearly 50 comments on Nextdoor), far and wide within both the Harlesden and Kensal Green wards, voicing their grave concerns related to the rampant removal of trees. It has come to our attention that a number of trees (8?) are to be removed on Furness Road tomorrow. In addition, one tree, located near 56 Furness Rd has now been removed, and the cutting down of another located at 88 Furness Road has taken place.
As you are aware, Brent has declared a Climate Emergency; you spoke of this at the Clean Air for Brent meeting last Tuesday. In that light, we would like to understand the rationale behind removing these trees, for each individual tree.
Would you please provide us with the following:
1. Specific reason for the removal of each tree.
2. Specific reason for the removal of the tree outside of 56 Furness Road
3. Specific reason for the removal of tree cut down at 88 Furness Road
Lastly, we have understood that you have "asked the officers and contractors to put a hold on the felling of the trees until I have further information, nothing will happen this weekend”.
Please also confirm that no tree will be removed as you noted in your email to residents until we have received further information and have had time to review it. 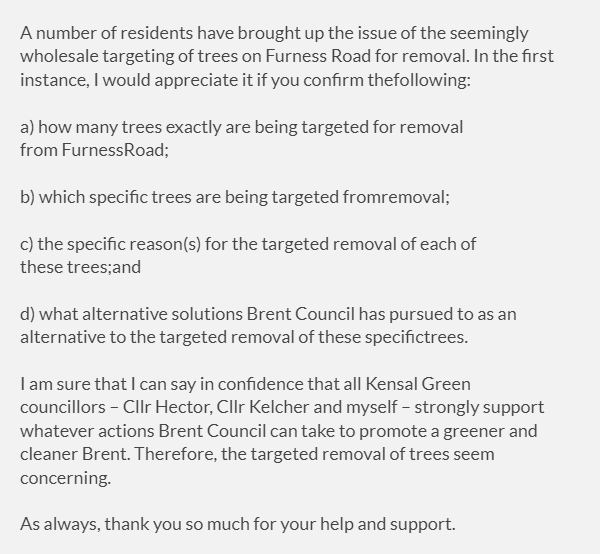 My thanks to Caitlin for the photographs.