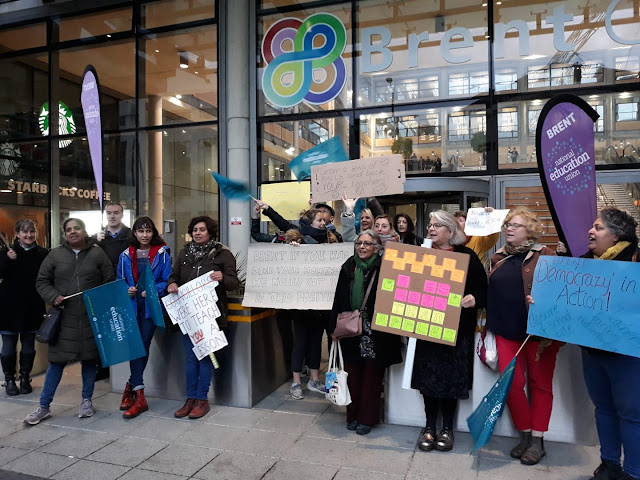 NEU staff at Roe Green Strathcona School will be on strike today following the failure of attempts to negotiate an arrangement with Brent Council that would avoid compulsory redundancies and facilitate redeployment from the Strathcona site to the main Roe Green Infants site.

Striking staff will be demonstrating outside Brent Civic Centre from 8am to 9am this morning. This will be the sixth strike in a campaign that initially started to stop the closure of Strathcona but following confirmation of the Labour Council's decision has now moved to protecting jobs.

Battles over school closures were last prominent in the 1970s when the number of pupils in schools fell.The strike is significant because it will set a precedent for how closures are handled by local authorities. It is thought that closures are likely in some of Brent's neighbouring boroughs. Falling pupil numbers are likely to be affected by movement out of the UK by some European families in the event of Brexit.