Yes, yet another Wembley hotel this time with industrial site neighbours 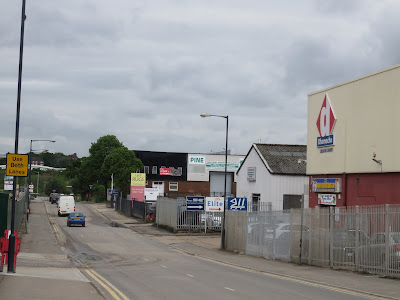 Let's face it, First Way, Wembley is not the most prepossessing place for yet another hotel. Flanked by an industrial estate with waste lorries and construction trucks rumbling by and this (below) just down the road, guests would not exactly be in a healthy environment. 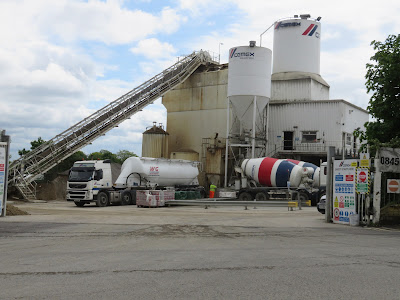 However the site of rug outlet Latif House  (below) may eventually become a hotel and 'apart-hotel' according to a pre-application presentation at last week's Brent Planning Committee. A hotel of approximately 16 storeys containing 274 hotel hotel rooms and an 11 storey 'apart hotel' containing 186 apart-hotel rooms is planned. 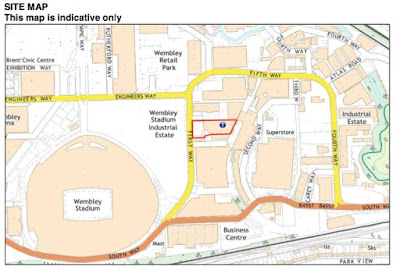 Planning Officers have a number of reservations about the proposal including the fact that it will reduce the number of residential units scheduled for the area. They are also concerned about the height. This is clearly important as it will set a precedent for an as yet undeveloped part of the Quintain empire on the eastern side of the stadium. The planners point out that the planned height would 'appear incongruous with the wider street scene' and would not (planners speak) 'respectfully appear subservient to the building occupying the visually prominent site at Ketaly House.' They add that the building would need to respect the transition between high density residential development to the west and established low rise industrial development to the east.

Planning officers are clear that there are vital environmental issues to be taken into account including noise insulation due to the  proximity of commercial premises, air quality, construction noise and dust, asbestos, kitchen odour, light pollution and potential for land to be contaminated.

It is interesting to note that the annexe of Latif House was withdrawn from sale at a price of just £30,000 LINK . Given the above I wonder what the value of the site is now?

I personally would not wish to stay there.
The one thing I find interesting is that would not the planners comments on air quality also apply to some of the buildings on the Quintain site just across the other side of First Way?

... and the developer making the pre-application presentation to Planning Committee was: AWW Inspired Environments.

If you would like to know more about the history of the Latif House site, and view some pictures of what used to be there, please see my 31 May guest blog at:-

Who dreams this crap up? It certainly isn't Inspired!