'Liar Liar' by CaptainSKA has got to No.10 in download chart but...

From the People's Assembly Against Austerity 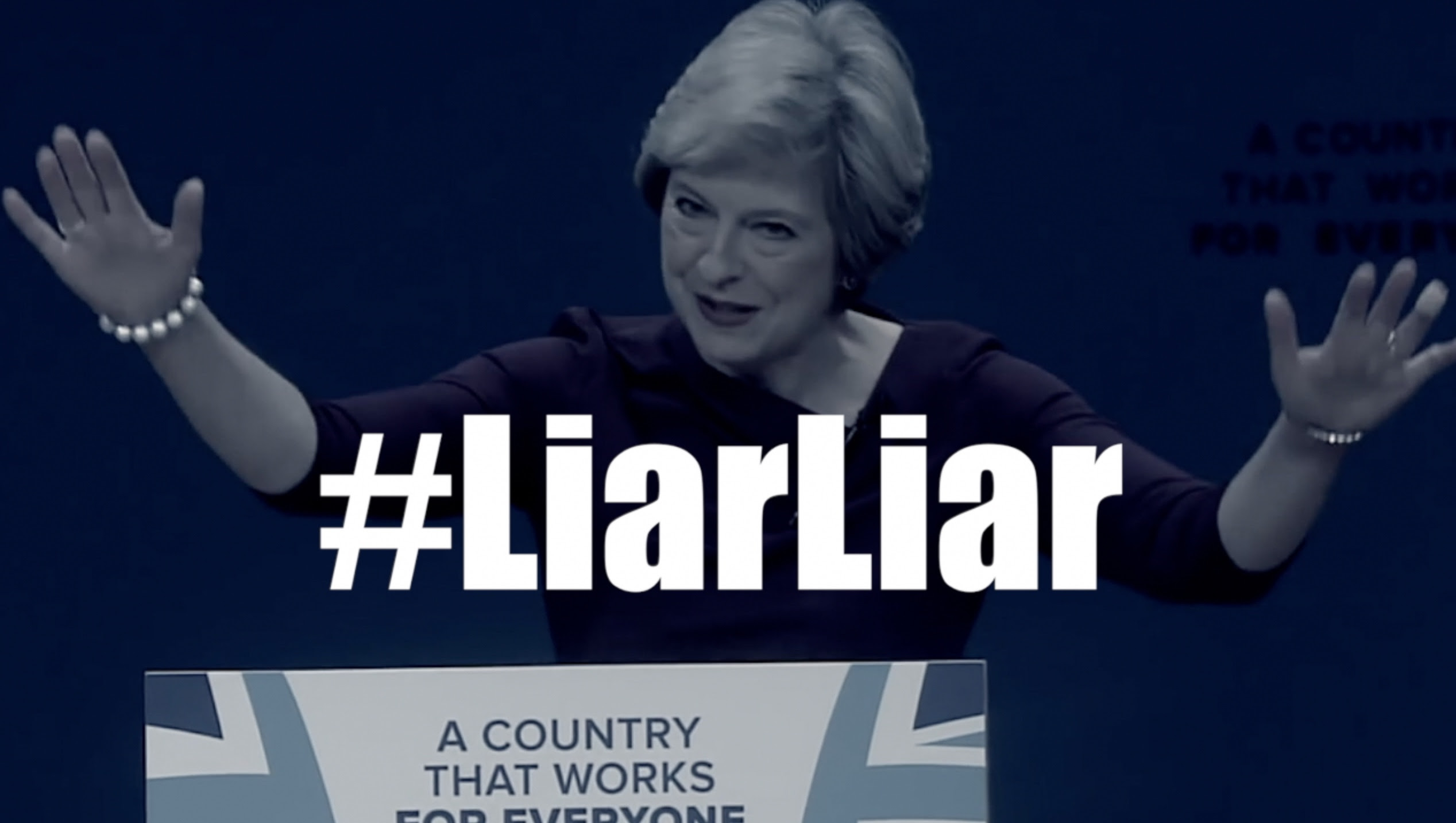 Performed and produced by the band Captain Ska and promoted by campaign organisation the People’s Assembly Against Austerity the song features various speeches and news interviews from Theresa May followed by a chorus of ‘She’s a Liar, Liar…you can’t trust her, no no no no'.
The song attacks the Conservative Parties' record in office over the NHS crisis, education and levels of poverty. "When there's nurses going hungry and schools in decline I don't recognise this broken country of mine' goes one of the lyrics.
The song has been available for download from last Friday 26th May and has been rising up in the iTunes charts, reaching no.10 today.
The chart show, hosted by Marvin Humes & Kat Shoob, announced the track had reached no.10 but instead of playing it went straight onto playing no.9.
Jake from Captain Ska said
“This can only be seen as an attempt by the media owners to undermine public opinion. Thousands of people have downloaded this track and we demand that it is aired as any other song would be."
TAKE ACTION
The People's Assembly is asking all supporters to complain to the BigTop40.
The People's Assembly sent the following tweet: (feel free to retweet but please do your own too)
Liar Liar by @CaptainSKA got to No.10 in download chart - @BigTop40 refuse to play it. Can we get an explanation? @MarvinHumes @katshoob
DOWNLOAD THE TRACK HERE
Amazon - iTunes - Bandcamp - Spotify
(Please note Captain Ska previously released a version of Liar Liar in 2010 so don't download the wrong one! Correct track is called 'Liar Liar GE2017')
Keep downloading - we can still push it up the charts and force the media to play it!
Posted by Martin Francis at 21:26:00

The media say they won't play it 'cause they have to be politically balanced during an election campaign. REALLY???