Don't be fooled by Brent's claims on 'affordable' housing

Following Wednesday's Planning Committee Brent Council's communications (public relations) team were quick off the mark hailing the decisions as 'Hundreds of new homes given the go ahead by Brent Council' what they omitted was that these new homes are not ones that Brent residents can afford to buy.

"We're serious about making this borough an amazing place to live and are working hard to build the homes that people need. We know that house prices are a massive issue and are pressing developers to deliver as many affordable units as possible.

"This is a huge development and we're proud that once completed, Wembley will have over 11,500 new homes, with around 32% affordable housing across the Wembley Masterplan area.

"The approval of these plans shows that we are serious about regenerating the area, creating the much-needed new homes, jobs, apprenticeships and economic opportunities for local people and demonstrates that Brent is very much open for business." 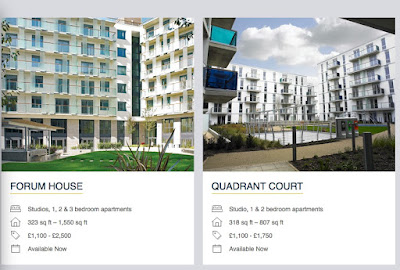 The word 'affordable' is the misnomer here as affordable in this context means 'up to 80% of market rent including service charges'.  Landlords will go up to that maximum to get the highest return possible on their investment.  Developers in Wembley have time and again attempted to reduce the amount of affordable housing in their projects on grounds of financial viability so it is clear they will go for the maximum.

Cllr McLennan heralds 32% affordable housing (80% market rent) but Brent's Core Strategy CP2 states that 50% of new homes in the borough should be 'affordable':


'the maximum reasonable amount of affordable housing will be sought when negotiating on individual private residential and mixed use schemes, with due regard to a number of factors, including development viability'

The key is in the last three words, each of the schemes have external viability studies that claim to show that they will not be viable without a reduced proportion of 'affordable' housing.  Viability studies are controversial and in the past Cllr Marquis, chair of the Planning Committee, has attempted to challenge them.They were labelled a 'dark art' by the former Mayor of London. LINK

There is an additional 'intermediate category' that is often added to the 'affordable' category for public relations purposes.  The definition is vague:

Even 'social rent' is problematic with housing associations becoming developers in their own right and adopting the 'up to 80% of market rent' policy.

Having established the context does the detail suggest that the press release is no more than Brent Council doing Quintain's public relations for them?