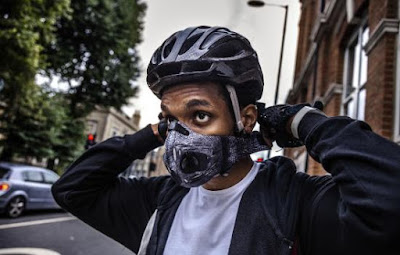 A message from Friends of the Earth

The London Mayor is consulting on “New proposals to improve Air Quality - Have your say on the introduction of a new Emissions Surcharge and ideas for improving Ultra Low Emission Zone” which closes on 18th December 2016
https://consultations.tfl.gov.uk/environment/air-quality-consultation-phase-2/?cid=airquality-consultation#_ftnref1.

The government’s recent defeat in the High Court (http://www.clientearth.org/major-victory-health-uk-high-court-government-inaction-air-pollution/ ) found that the government’s plans for Nitrogen Dioxide air pollution did not include the measures necessary to bring air pollution within EU legal limits “as soon as possible” as is required. So now stronger measures will be needed to clean up our air quicker, and the government will also have to re-model air pollution on more realistic and less optimistic assumptions.

Along with the rest of the UK, there will need to be measures adopted so that London will meet EU legal limits sooner than the government had originally planned – which for London was previously 2025 (when these limits should have been met by 2010 or 2015 at the very latest).

In other UK cities Clean Air Zones will need to be in place to ensure legal limits are met as soon as possible, and rather than 2020 as previously planned, this must be earlier now - we understand that 2 cities have said Clean Air Zones can be in place 2018.

And to avoid Londoners having to be exposed to illegal levels of air pollution longer than other parts of the UK, London must evaluate what measures, including having a strengthened and widened ULEZ in place, would be needed for to it to comply by 2018 too.

The Mayor must look at what possible measures could be introduced by which earliest possible dates – the law requires that this must be irrespective of cost or any political difficulty. Critical judgements must be made on how best to protect the health of Londoners and avoid as many as possible of the nearly 10,000 premature deaths a year air pollution is responsible for in the capital.

The Mayor proposes this additional charge for the dirtiest vehicles using the Central London Congestion Charge Zone as an interim measure before the Ultra-Low Emission Zone comes in.

We support this charge as it is important to take immediate steps to improve air pollution, but think that this should also include the newest diesels, at least for cars. We also think that private hire vehicles should not be exempt.

Ideas for the future of the Ultra-Low Emission Zone/ULEZ

Plans to bring forward the ULEZ from 2020 to 2019 are welcome but even earlier introduction must be evaluated, including for it to be in place by 2018 – including as strengthened and widened as per the below.

This is welcome, but the Mayor must set up the ULEZ to be London-wide for all vehicle types including Light Goods Vehicles (LGVs) and cars, so that all the levers are in place and adjustments can be made as necessary.

Expanding the ULEZ up to the North and South Circular roads

This is welcome, but the Mayor must expand the ULEZ out to be London-wide, where the current Low-Emission Zone / LEZ boundary already is, so that all the levers are in place and adjustments can be made as necessary.

Action is needed in London to ensure vehicles are cleaner, but also that there are fewer of them – all vehicles produce air pollution from tyre and brake wear, and cause congestion which is bad for business.

This will require a mix of measures including planning our communities so that people don’t need to travel unnecessarily to reach key amenities and work opportunities, making cycling safer and public transport more affordable, consolidating the myriad freight movements in our city, and not adding to the air pollution problem such as with new road-building.

The Mayor has reviewed plans for Thames river crossings in East London which included 3 road crossings, and while improvements have been made, he is still currently pursuing at least a new 4-lane Silvertown road tunnel. This would mean worse pollution for some places which would not be acceptable – instead a comprehensive package of non-road crossings and complementary measures must be considered.
https://www.london.gov.uk/transport/londons-river-transport/more-river-crossings-all-londoners-0?utm_expid=121236727-13.sQogpOA6RqGkfppc0lk0kQ.1&utm_referrer=https%3A%2F%2Fwww.london.gov.uk%2Ftransport%2Flondons-river-transport

The government also needs to do more to enable London to do more, both directly such as restricting the sale of dirty vehicles, changes to road-tax to discourage diesels, a scrappage scheme for the dirtiest vehicles, and also to enable more powers for the London Mayor and for Local Authorities.