Down the Chute in Wembley Park 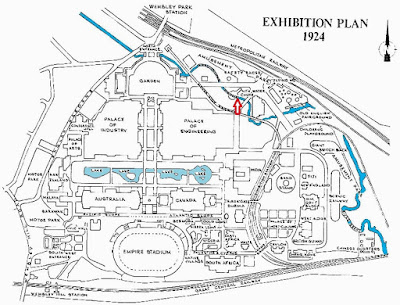 Local historian Philip Grant has sent in this comment on the development plans for Amex House in North End Road, Wembley Park LINK:

A few months ago, on behalf of Wembley History Society, I dealt with an email enquiry about the history of the Amex House site from an agent for the developers.

I was able to tell her that in 1924/25 this location was in the Amusement Park which formed part of the British Empire Exhibition (North End Road got its name because it ran across the North End of the BEE site).

Because of the available water supply from the Wealdstone Brook, this particular area of the Amusement Park was used for the Mountain Water Chute attraction, so much of it was deliberately flooded then!
Posted by Martin Francis at 15:10:00