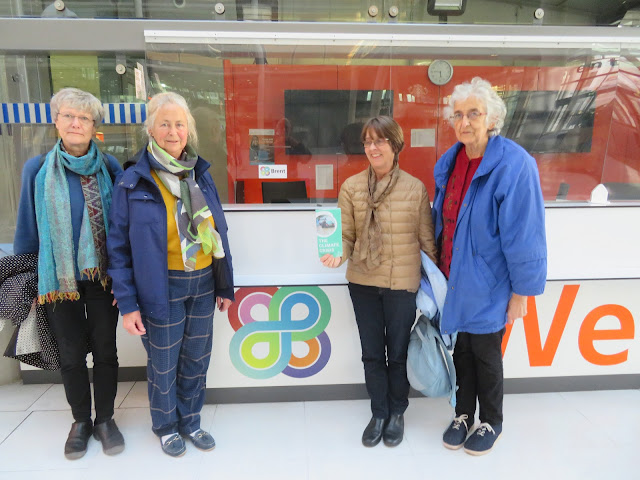 A delegation from campaign group Divest Brent made a presentation to the Brent Pension Fund Sub-Committee tonight to urge them to speed up the fund's divestment from fossil fuel copanies in the face of the climate emergency. 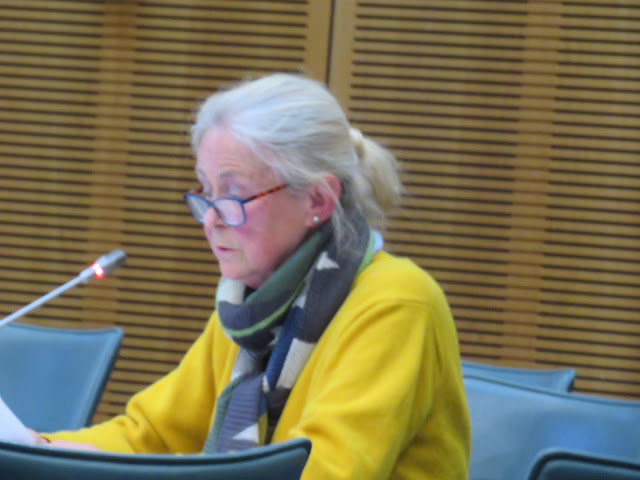 Glenis Scadding presented on behalf of the delegation and said:

Climate breakdown is gathering at shocking, unanticipated speed, with disasters occurring at 1.2 degrees of heating that scientists did not expect until we hit 2 or 3 degrees. If we are to save the planet from increasingly intense heatwaves, wildfires, droughts – and indeed keep it habitable by humans – we have to tackle the problem of fossil fuels NOW. 89% of CO2 emissions come from industry and from burning fossil fuels. You, the Pension Fund Sub-committee have a significant opportunity to play your part. The International Energy Agency has warned that no new oil and gas exploration should take place, if we are to limit global heating to 1.5C above pre-industrial levels. Yet there are currently around 200 fossil fuel development projects, each expected to eventually emit over a billion tons of CO2. This alone would use up the entire global carbon budget and trigger runaway climate change – and ultimately, in all probability, the extinction of the entire human race. The current high cost of fossil fuels means that projects to develop more of them, such as Jackdaw and fracking, are being given the go – ahead by Government. This is misguided short – termism since the time courses involved are too long to rescue us from our current energy plight. Much better to invest in new renewables, even Dr Chris Cornelius, the geologist who founded Cuadrilla in 2007, said recently that ministers would do better to look at geothermal energy and tidal power. The only way to avoid the worst scenario is to reduce our fossil fuel consumption as soon as possible – and by divesting its Pension Fund from fossil fuel companies Brent Council would be doing its bit to send a signal that promotes investment into new renewable energy projects, not fossil fuels. The primary purpose of the Pension Fund is to maximise investment returns to provide pensions to retired Council staff. Fortunately, just as the cost of renewable energy is now significantly lower than fossil fuels, so the outlook for renewable investments is much better than fossil fuels. The investment value of the fossil fuel companies are set to crash as petrol vehicles give way to electric ones (with the UK phasing out sales of new petrol vehicles by 2030) and hard economics persuades utility companies to replace fossil fuels with renewable energy. Greenwashing by companies such as BP and Shell should not persuade you otherwise. Sub-committee members will not want to emulate their colleagues in local authority pension funds which lost up to £683 million in 2015 through failed investments in coal companies. By divesting from fossil fuels Brent would be treading a well-worn path – 7 London boroughs have already committed to divest. The Islington Pension Fund chair has offered to talk to Sub-committee members and could answer queries. We warmly welcome Brent Council’s Net zero roadmap but the measure used to identify the carbon intensity of an investee company or fund suffers from a major shortcoming: failure to consider scope 3 emissions. Fossil fuel companies are scored based on the carbon emissions of their offices, travel and power used in fuel extraction, but not on the emissions generated by burning them. We do not underestimate the effort involved in Pension Fund divestment. Fossil fuel investments form part of an investment portfolio. In order to divest particular stocks and shares, the Fund will need to sell the entire holding in the investment fund in which they are held.  This is where Brent could benefit from the experience of those Boroughs that have already made the commitment to divest. Brent Labour Party is already committed to divest – its 2022 manifesto promised to “redouble our efforts [to reach carbon neutrality] and call upon our partners to divest our Pension Fund of organisations that extract fossil fuels” All that is needed now is action.

Cllr Robert Johnson, chair of the committee, urged the delegation to hear the item updating the Council's  Net Zero Roadmap. The item is embedded below: