How can youth be sociable? 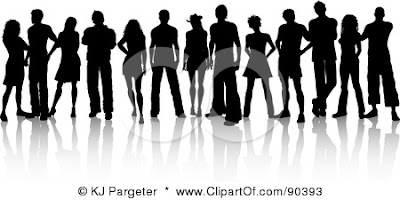 You may have seen laminated posters, complete with a map, fixed to lamp posts around Brent. These are Dispersal Orders, mainly aimed at young people and are are increasingly being deployed by the Council and local police. In Wembley alone there are Dispersal Zones, or have been, in streets around  Ealing Road, Wembley Central, Wembley Triangle and Wembley Park (including the Chalkhill Estate).

The Council has a standard press release on these zones which usually include fairly vague complaints from residents and shopkeepers about crowds of anti-social youth and drug taking, this is accompanied by statements from the police and the bLead Member for Crime, extolling the virtues of  such zones. Each Zone has an introduction date and an end-date.

The zones give police and police community support officers powers to disperse groups of people, instruct them to leave the area and not return for 24 hours, and to take younger people home. Despite the fact that no initial criminal offence has been committed, if those ordered to leave refuse, or return to the area within 24 hours, they can be arrested or fined up to £2,500.  Although there has been some community support for the Zones there has been criticism that they merely shift the problem from area to area and that they stereotype groups of young people as automatically threatening.

In 2009  Youth Justice published  research entitled Criminalising Sociability Through Anti-social Behaviour Legislation: Dispersal Powers, Young People, and the Police. Researchers found that generally young people, youth parliaments etc were not consulted before the Zones were imposed and that consultation if it took place was often of a 'ticking the boxes' type rather than 'an essential bedrock of legitimacy'. Young people surveyed felt safer in large groups and this was particularly true of girls, but they also recognised that other people did not feel safe when they saw them in large groups. The researchers said that the paradox of dispersal orders was that when the groups were broken up and ordered out of a familiar area (often with shops, transport hubs, meeting places, green spaces and substantial pedestrian flow) individuals became more vulnerable.  Research indicates dispropotionate impact impact on ethnic minorities but Zones are often in largely ethnic minority areas. On the ground in Brent local people will often assume the orders are aimed at particular groups such as Somalis or Tamils.

The current edition of Partnership News the magazine of Brenthousing Partnership, has contributions from members of the OUR SAY youth team about Dispersal Zones in Brent which I reproduce below:


Paul Nugent, aged 17: Well just like ASBOs, it is a bad idea as you are taking away one's freedom of assembling, which I am pretty sure is a human right. So it firstly breaks that and it also will mean nothing except that young people will find another place to hang out. It's as simple as that.

Peter Nugent, also 17: If you're going to stop people hanging around in groups all they're going to do is move on to somewhere else. It could be argued that a lot of young people have nothing to do in terms of activities in their spare time; therefore they hang around in groups. Instead of wasting resources on dispersal zones why not use it to create somewhere they can hang out and not be 'intimidating'.

Daisy Farci, aged 14: Ummmmm. It is a good and bad idea as I think that it is ok to hang around in a public area during the day, but not after it gets dark as it can scare people. If groups are making loud noises and causing trouble then I think they should be told to move.

It seems ironic that when concern is expressed about 'postal area' gangs, when youth face attack if they move outside their home turf, that there is also an official version, via Dispersal Zones, which seems to say stay in  your area/stay at home. Youth are also often told that they should get away from their computers and their 'cyber friends' and make real friends and learn to socialise. They would be right to ask 'Where?'

Funding for youth facilities is likely to be cut and libraries, often a good neutral meeting place which serves both as a homework base and a safe place for socialising, are being halved. These facilities are badly needed and should be protected against cuts.

Meanwhile the Brent Youth Parliament's admirable campaign to break down negative stereotypes of young people must surely be undermined by the proliferation of Dispersal Zones which can so easily reinforce such stereotypes.
Posted by Martin Francis at 17:31:00