IS THERE A SECONDARY SCHOOL SITE IN THE SOUTH AFTER ALL? 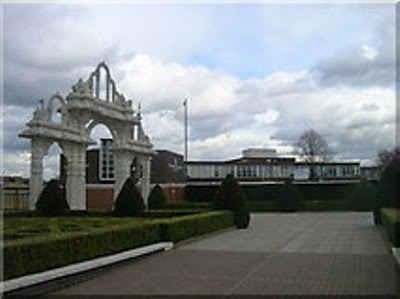 One of Brent Council's claims in promoting the Wembley Academy has been that there is no suitable site in the south of the borough. This means that the 50% of secondary pupils expected to come from the Stonebridge/Harlesden area would have to commute by at least two buses.

It now appears that the independent Swaminarayan School opposite the Neasden Temple in Brentfield Road, NW10 might be interested in moving their school to the north of the borough or Harrow, where most of their pupils come from, or in converting the school to a state funded academy. A sensible move when the recession makes private education less affordable. Previously the Council has rejected the neighbouring Gwynneth Rickus Building (the CSD) as a possible site but had not considered the combined Swaminarayan and CSD sites.

Swaminarayan acquired the site in 1992 after Brent council closed down Sladebrook High School. Since then local pupils have had to make their way across the North Circular to Wembley to attend a community secondary school. Although transport links to the school and the CSD are poor, it would be within comfortable walking distance for children from Stonebridge, Brentfield, Harlesden, Neasden and the St Raphaels Estate. This would reduce pupil journeys by car and public transport while the Wembley Park proposal would increase them. Map

As the centre of gravity of the borough shifts towards the north with the regeneration of Wembley and the replacing of many locally-sited council buildings by the Civic Centre, a school in the south of Brent would help enhance and enrich the area, providing additional facilities in terms of education, sports and culture. There is already parental pressure for a community secondary school in the south of the borough; a school on the site merits serious consideration by councillors.