UNITED ACTION AGAINST THE BNP 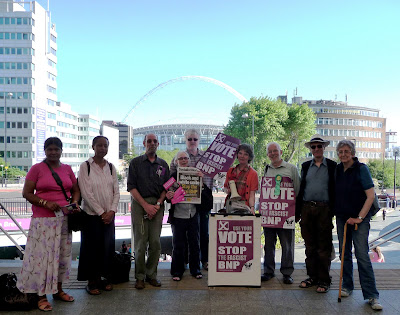 Uniting to stop the BNP - about fifteen people turned up to leaflet at Wembley Park station on Friday evening. There were so many people taking part and it was so busy that we ran out of 500 tabloid papers and a few hundred leaflets in less than an hour.

Residents were urged to make sure they voted on June 4th as a low turn-out would favour the BNP.
Posted by Martin Francis at 09:35:00