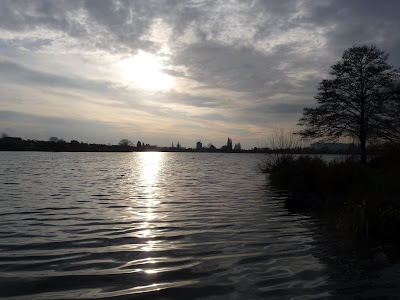 Fresh from their 'trumph' in getting permission to build the Wembley City Academy on playing fields and adjacent to a SLINC (Site of Local Importance for Nature Conservation), Brent Council are now poised to grant permission to build housing close to the the Welsh Harp Reservoir (an SSIS - Site of Special Scientific Interest)  and the Welsh Harp area (an SMINC - Site of Metropolitan Importance for Nature Conservation).

What is important is that an area of peace, beauty and natural diversity will be threatened by the impact of housing, a new road, increased lighting and noise, and the loss of habitats.

A display about the proposed development is tucked away unadvertised at the back of the Greenhouse, rather than at the front, but nontheless has attracted many entries in the Comments Book - most of them extremely critical. Among them are heartfelt appeals to save this unique corner of Brent and vows to fight the development as fiercely as previous attempts to build on the land and close down the Education Centre have been fought.

The development will be close to the Welsh Harp Environmental Education Centre and its extensive grounds, and the Birchen Grove allotments.  In the manner of these things if the planning application is granted it may not be long before both these sites are under threat as the 'gaps' between blocks of housing are filled in. As the sites are owned by Brent Council,  I have a hunch that it may not be long before they will want to cash in on these assets.

This will of course give them an interest in supporting the application.