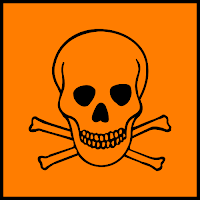 Paul Connett, Emeritus Professor of Environmental Chemistry at St Lawrence University New York State, gave an enlightening and condemning talk, after being briefed on the proposed waste plans, including a site visit of the area by members of the Coalition for a Sustainable Brent Cross Cricklewood (BXC) Plan. He ripped apart the “green wash” claims made by the developers that the plans are harmless and “not incineration” and called the plant a “gasifying incinerator”.

He stated that no gasification plant anywhere in the world has been used to successfully dispose of commercial waste by burning, that the technology is unproven other than for burning wood, that burning waste is not the answer to achieve “zero waste” and that the emission of ultra fine nano particulates by these plants isn't regulated.

Professor Paul Connett said, “These modern new-style incinerators put out more nano-particles than the old ones. The particles are so small that rather than lodging in the lungs they enter the bloodstream. You would have to be STUPID to put one of these things near a community – schools and homes are being put at risk from non-regulated and potentially lethal emissions. We need to protect our citizens from this stupidity. The United States hasn’t allowed any new incinerators since 1995, so why have Barnet? Developers should come clean and give us the information. Barnet need to move from PR to solid answers.”

He added, “After 25 years you would be no closer to sustainability compared to zero waste. An incinerator is one big black box. Aiming for zero waste is hundreds of little green boxes.”

Lia Colacicco, Co-ordinator of the BXC Coalition said, “The Professor’s views have confirmed our worst fears that plans are totally wrong for this area. Not only is it not safe, it’s incredibly stupid. It’s madness to burn waste, crazy to put this so close to a local school, and dishonest to claim it is harmless and not incineration. This is not the right way to deal with our waste, and only confirms that plans for Brent Cross are not in the public interest. If the developers don't believe it is an incinerator, then give us the plans and show us the facts.”

“We are also concerned that Barnet Councillors have been hoodwinked by developers’ PR to believe the plant is safe, when neurotoxins will be emitted. We do not believe that Barnet Councillors and those making the decisions have fully researched the facts or have even visited the site. If they had done so they would be fully aware of the implications of this toxic monster of a scheme.”

Local Councillor Alec Castle said, “Professor Connett’s enlightening talk makes it even more clear that the Brent Cross development would have a catastrophic impact on the environment and the health of local residents if approved in its current form.”

The proposed site for the incinerator is just 200 yards from Our Lady of Grace Infants School in Dollis Hill, Brent. Brent Friends of the Earth had previously condemned the plans over toxic dioxin emissions that developers admitted would be released from the plant, about monitoring of emissions and lack of detail in the plans.

Brent Green Party is a member of the Coalition.
Posted by Martin Francis at 10:49:00