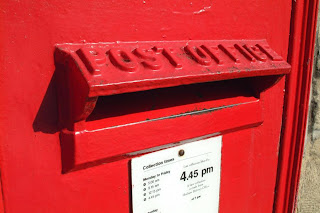 Adrian Ramsay, the party's newly re-elected Deputy Leader, said the Greens were opposed to the privatisation of such an essential public service. He stressed "the fundamental importance of a strong, modern, publicly owned Royal Mail, which is available to all." Ramsay highlighted that although many people today prefer to use alternative forms of communication, the postal service remains of vital importance to small businesses and rural communities.

During a panel at autumn conference yesterday, Billy Hayes, General Secretary of the Communication Workers Union, also emphasised the opposition of both communication workers and the public to the privatisation of Royal Mail.
Posted by Martin Francis at 14:32:00