'Savings' will have devastating impact on jobs and services 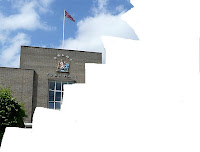 In May 2009 Brent Council appointed management consultants PriceWaterhouse Coopers (PWC) to undertake a review of the Council’s structure and staffing arrangements.  The aim was to identify significant ‘efficiency savings’ as part of a wider Improvement and Efficiency Strategy.  I asked how much PWC were being paid (management consultants often get paid £1,000 a day) to carry out this review and to date, have not received an answer.

In September 2009 the Council launched its Improvement and Efficiency Action Plan 2010 – 2014.  This plan clearly stated ‘In the light of these financial and political factors, forecasts for the likely scale of the efficiency savings the Council will be required to deliver are a minimum of £53.7 million by the end of the financial year 2013/2014’.  It was also stated that the staffing complement in Brent was to be reduced by ten per cent over four years which is the equivalent of approximately 300 full time posts.  Since then of course we have had a change of government and I have heard it said that the ‘savings’ now required are likely to be £85/£90 million.  Make no mistake this is having and will continue to have a significant and devastating impact on jobs and services.  It has been stated that frontline services will be protected.  However, this is dividing ‘front’ and ‘back’ office workers who need each other to deliver efficient and effective local services.  Also, it is not possible to protect frontline services whilst delivering ‘savings’ of £85/£90 million.  Let us be clear – they are cuts and not savings.
However, the cuts that have been imposed so far are ‘different’ to the ones that Brent, historically, have made in previous years.  We are not seeing (yet) closures of nurseries, old people’s homes, etc.  These type of cuts and closures gain public support and sympathy and galvanise people into action.  What we are seeing are job losses and post deletions in the following areas :  Health, Safety and Licensing, Environmental Health, Cemeteries and Mortuary, Transportation, Youth Service, Crisis Intervention and Support Service, Social Workers, Administrative Workers, Planning, Building Control, Parks, Streetcare, Libraries – these are just some of the cuts that have been imposed so far.
Clearly, the coalition government is out to destroy the public sector.  The savage cuts will have a devastating impact and effect on jobs/services/the community.  Noticeably and alarmingly, they will hit the most vulnerable – disabled people, single parents, those on housing benefit, black and other ethnic minority communities, students, migrants workers, LGBT people and pensioners.  Women are expected to bear 75% of the burden.
So how do we respond?  We need to mount a broad based campaign, working with other unions, the voluntary sector, service users, community groups, etc to defeat the aims of the coalition government and protect jobs and services.  We should also be calling on the newly elected Labour Council in Brent to lead a delegation from Brent to march on Downing Street or Parliament and/or hold a rally/demonstration to coincide with the announcement of the Comprehensive Spending Review on 20 October – which will surely deliver even more cuts to the public sector.
Posted by Martin Francis at 09:32:00