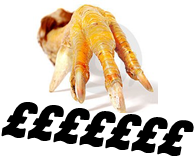 Brent Council is in the process of sending members of the Schools Finance Team into schools with large budget surpluses to examine the paperwork associated with their spending plans. The Department for Education have stipulated an 8% of the school budget share threshold for primary and special schools and 5% for secondary. However local authorities can take into account the reason the school is holding a large surplus before deciding whether it is excessive or not. Schools may hold balances above the threshold when they are being used for specific projects, especially around building works.

It is likely that in the Comprehensive Spending Review for 2011/14 to be published on October 20th that Local Authorities will be required to monitor balances closely and implement claw back more vigorously. Local Authorities coping with cuts in their overall budget may well be tempted to claw back as much as they can. However, schools using their own budgets for building works actually save LAs money by rebuilding and refurbishing schools out of the school's own money, rather than letting buildings deteriorate to such an extent that the LA has to use its own money to remedy the situation.. Schools often put money aside over a period of years in order to build new libraries, IT suites, toilets, kitchens and classrooms that enhance the quality of education and standards of achievement.

If surpluses are clawed back in a period of retrenchment it will also rebound on schools' capacity to withstand the impact of cuts and lead to staff cuts as staff costs form the bulk of school spending. This will be most keenly felt in the provision of ancillary staff including teaching assistants, learning mentors and parent liaison workers. All of whom do great work in providing for children requiring extra support in order to achieve heir potential.

Brent has identified 39 schools with surpluses giving a potential claw back of almost £8 after setting aside 'acceptable' carry forwards at the 8% and 5% levels. . However the schools have largely claimed that these are ear-marked for specific projects and this will now be verified by the Finance Team. Some schools however still have uncommitted balances of which the largest are Michael Sobell Sinai at £169,000 and St Marys RC Primary £108,000.

The Finance Team will be looking at the following:

1. Where schools have given details of specific projects, evidence of inclusion in the School Development Plan, approval at Governing Body/Finance Committee meetings and correspondence with other agencies such as Asset Management, Architects, Planning, is seen. Also timescales for completion of the projects.


2. Where funds are being used to cover salaries, they will be asked to show how the long term funding will be covered once the surplus balances have been used.


3. Where funds are being used to balance 2010/11 or 2011/12 budgets, they will be asked to show where the pressures are and what the long term aims are to address those pressures in the form of monthly budget monitoring and budget setting spreadsheets.

Lack of evidence will lead to Brent implementing the claw back mechanism  at the next budget setting cycle for 2011-12.
Posted by Martin Francis at 17:52:00