ARK WILL SINK OR SWIM ON TUESDAY 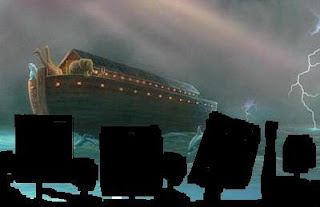 The next episode in the Wembley ARK Academy story will take place at Brent Town Hall at 7pm on Tuesday 28th April. The Planning Committee will meet to consider the planning application for a permanent academy on the Wembley Playing Fields site.

Opponents of the scheme, including local residents associations, the Wembley Park Action Group and the Brent Green Party will hope to derail the controversial scheme. Their arguments will centre on a less than democratic planning process, poor and faulty documentation, increased traffic congestion, loss of playing fields to the community and the need for a new school in the south of the borough rather than the north.

ARK recruited to their primary school before formal planning position for a temporary building had been granted and has advertised secondary places before the approval of this application. They were reduced to giving out recruitment material at the nearby ASDA supermaket and attempting to sign up parents as if they were selling double glazing. Brent residents have never been fully and openly consulted on the principle of privately sponsored academies but firmly rejected such provision when they were consulted about school places provision.

Wow,so cool!Wonderful blog.Coming to your blog We are very pleased to.
Nice to meet you.We upload something about the works to the blog.
We invite you to our blog.Look forward to your visit.Happy every day!