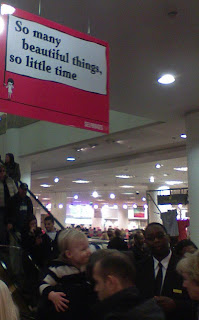 Dr Shahrar Ali, Green Party candidate for the European Parliament London region said,"The government may be busy congratulating itself for facilitating consensus at the G20 summit. But there has been wanton disregard of the climate change emergency."

"By ignoring the systemic causes of financial instability and promoting economic growth at all costs, the G20 leaders unwittingly conspire to bring the devastating harms of climate change ever closer."

Dr Ali continued, "The recent film Age of Stupid showed just how oblivious go-getting entrepreneurs could be to the unsustainability of their actions. Just see how the managing director of a low cost airline could have his supposed moral purpose coloured by the prospect of a fast buck."

"No, G20. Until or unless the cost to the earth is factored into the economic equation, through the promotion of sustainable green industry and a rejection of over consumption, there can be little cause for celebration."
Posted by Martin Francis at 10:30:00