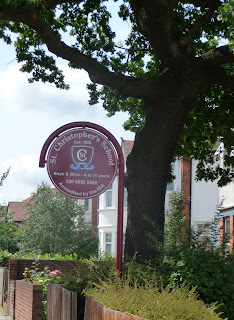 North Brent MP, Barry Gardiner, may need to rethink his support for academies and other forms of privatisation after his experience with St. Christopher's School, a private school in Wembley.

St. Christopher's, which is run by Happy Child, told Year 5 parents in May that they would not run a Year 6 class in September, leaving them only two months to find a new school for their children. Ms Tracey Story, managing director of Happy Child, told Gardiner, who was seeking help for the parents concerned, that she was not prepared to discuss 'Happy Child's decision to ensure the viability of our business'.
Gardiner lamented in the Royal Assent Adjournment debate on Tuesday that, 'There was not one mention of regret or the effect on the children and their lives, or the breach of contract with parents'. He urged the deputy Leader of the House of Commons to take the issue up with the appropriate minister in the Department for Children.
Unfortunately this take it or leave it mentality is symptomatic of the private sector. Perhaps Gardiner will now put his weight behind publicly accountable and democratically managed local services.
Posted by Martin Francis at 15:14:00