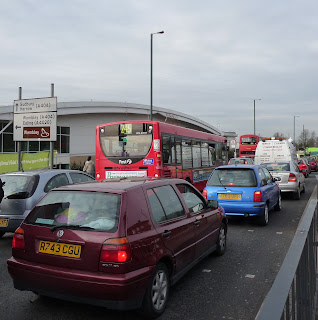 The alliance of Labour, Conservatives and Democratic Conservatives that out-voted the Liberal Democrats recently on the Kingsbury Road issue indicated increased strains in the Lib Dem-Conservative coalition as parties position themselves ahead of the next local election.

The Labour Group have said that they will seek a vote of no confidence in the current Council Executive, which raises the question of whether a new coalition is possible.

The Conservative opposition to the Wembley Academy is hardening and they have involved the GLA and the Mayor's Office in the issue, undermining their Lib Dem allies in the process. Cllr Bob Blackman has reaffirmed his opposition to a school on that site and has stated his personal opinion that schools should be democratically accountable through the local authority. If the Tories pushed their opposition to the limit, threatening withdrawal from the coalition, the Lib Dems would rely on Labour support to get the policy through. This has been the de facto situation for some time but a more open and vigorous debate would make the position more public.

Cllr Bob Wharton of the Lib Dems and lead member on the issue, said during the first round of Academy consultation meetings, that he is personally in favour of locally accountable comprehensive education. He reluctantly supported the Academy because government funding would not be forthcoming for a community school - a claim recently denied by the government.

Meanwhile, the planning consultation process for the permanent academy building in Wembley has re-opened with documents revised in the light of GLA and other comments. The traffic report is particularly important (see photograph of traffic in Forty Lane at 8.50am on a recent weekday morning).

The new consultation immediately ran into trouble when documents were not available on the council website and the council was forced to change the deadline for responses to March 25th. The council was also challenged on their timing of the Planning Committee which they fixed for April 7th - during school holidays when many teachers and parents will be away. They denied this scheduling had been deliberate but the pressure to have it changed continues.