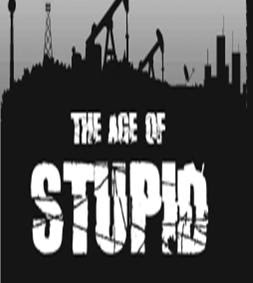 The Age of Stupid season at the Tricycle Cinema got off to a good start on Friday. The screenings of this incredible film about climate change are organised by Brent Friends of the Earth and supported by Brent Green Party.

There will be a chance for Brent residents to make their views known to local and national politicians and hold them accountable. Ed Miliband, the Energy and Climate Change secretary will be taking part in a Q&A session after the 5.30pm showing on Sunday March 22nd, Ken Livingstone after the 6pm showing on Monday March 23rd, Shahrar Ali (Green Party Euro candidate) after the 6.30pm showing on Tuesday 24th and Sarah Teather Lib Dem MP 2.30pm, and Jenny Jones Green Party AM 6.30pm on Thursday March 26th.

Meanwhile Brent Council's Strategy on Climate Change has still not been published and is now long overdue. The film underlines the extreme urgency of the situation. We need a Brent councillor to champion the climate change issue and challenge the Council's lethargy and complacency.

Brent Friends of the Earth: www.brentfoe.com

Click here to see the Age of Stupid Trailer.