PALESTINE: THINKING OUTSIDE THE BOX 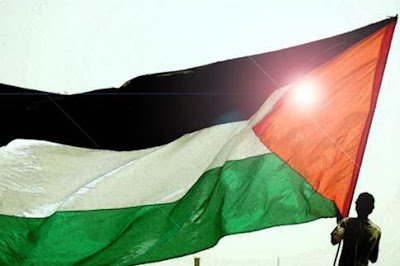 Moshé argued that in most similar cases (North America, Australia) the local population had been pulverised. However Palestinians were part of a wider region and linked with it through language and a rich cultural and historical heritage. This is now reinforced by the outreach of modern media such as Al Jazeera across the region. As a result the Zionist ethnic cleansing project had been only partially successful. There was a crucial difference also in the importance of the two countries to the United States. Africa has a low priority in the US but the Middle East is a high priority because of its oil reserves and because it forms a bridge between Europe, Africa and Asia. If oil has reached its peak it will be even more important as a scarcer resource as there are no immediate replacements for oil in the offing and it will increase in value as supplies decline.. The US relies on local regional governments to keep the lid on popular discontent with terrorism being a convenient enemy, useful for propaganda and to justify the denial of rights.
Given this scenario it becomes clear that an equitable solution will only come about through a regional process which would involve the development of popular social movements in Arab countries. The labour unrest in Egypt demonstrated the potential of these movements. An equitable solution could not come about through Islamicist regimes which had their own conflicts with each other and did not take account of the multi-religious nature of the region. The region was potentially rich economically and culturally and the Israel-Palestine conflict served as a block on its development.
A fuller over-view of the ideas on which Moshé based his talk can be found here:
http://matzpen.org/index.asp?p=resolution-machover
Posted by Martin Francis at 09:03:00