WEMBLEY CENTRAL BY-ELECTION - A CHANCE FOR THE GREENS 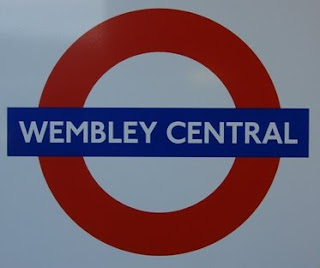 I'll be fighting the Wembley Central By-Election for the Greens and hope to show that we have a range of practical, appealing policies that offer people something different from the other parties.

I would seek to champion and strengthen the Council's recently agreed Climate Change Strategy and translate it into practical measures such as the Council ensuring that all new developments are energy and water efficient and incorporate the technology to produce their own power; implementing a programme of free insulation on a street by street basis as is being carried out in Kirklees; offering loans for people wishing to install their own solar water heating and electricity; ensuring that all council buildings take energy saving measures; and holding a borough wide Climate Change and Education Conference to encourage schools to educate children about climate change, engage them in projects for home and school, and to ensure that school management implement energy and water saving strategies.

I would press for changes in the Council's consultation system so that people are fully involved in how their area develops and feel that they are really being listened to. Often decisions seem to have be made in advance and those who have taken part in consultations feel their views have been ignored and their participation was a waste of time. I have supported residents angry about the potential impact of the Wembley Masterplan on their environment and have steadfastly opposed the Wembley ARK Academy because we have had no say in the Council handing over tax-payer funded education to a financial speculator and because the particular site will mean the loss of playing fields and increase traffic congestion. I support the campaign for a new community secondary school in the south of Brent to serve local people. I would seek to ensure that all major developments, such as the Civic Centre are consulted about at the proposal stage: "Should we have one?", rather than later: "What kind of roof should it have?"

The Council is blithely going forward with regeneration plans involving increased retail, hotel and office space with high rise blocks totally unsuitable for the area, at a time when those sectors are stagnating. Rather than building expensive yuppy flats such as those at Wembley City, I want the Council to build affordable family homes to tackle the long housing waiting list. I would also expect the Council to use its powers to force private landlords to maintain and improve their often sub-standard houses and flats. Every family deserves a decent home.

Regeneration should incorporate measures to bring green industries into the area which would provide jobs and improve the quality of life for all. Many people in Wembley have to work at several low paid jobs to make ends meet and living expenses are much higher in London that elsewhere. I would campaign for the council to adopt the London Living Wage, at present £7.45 per hour (as Lewisham has done), for its employees and encourage local employers to do the same. Families would also be helped by the introduction of Free School Meals for all pupils. This would put an end to the stigma of claiming free meals. It would remove all the difficult forms and bureaucracy associated with making the claim, which often means people who are entitled to the benefit don't apply, and will ensure that every child gets a healthy, decent meal every day. There are pilot projects doing this in other parts of the country and Brent with its high levels of unemployment should put itself forward to be included. I would also press for the adoption of policies friendly to small businesses and locally-owned shops - rather than encourage the domination of the high street by even more supermarkets. This may involve the Council in following the examples elsewhere and making loans available to small businesses.

The Green Party is the only party to oppose City Academies in principle and I will continue to do so. Academies are run by private sponsors with tax-payers money and aren't accountable through governing bodies (the sponsor has a built in majority) or through elected councillors. Where academies have been set up I will seek to get them reintegrated into the local authority system as soon as possible. At a wider level Greens seek the ending of the system of SATs and League Tables which force schools to 'teach to the test' rather than educate pupils. Having seen the stress this causes for pupils, parents and teachers I will support those heads and teachers who decide to boycott the Key Stage 2 SATs next year. I want to see teachers and pupils enjoy teaching and learning again, rather than enduring it.

The Conservative-Lib Dem coalition is falling apart and the administration is lack-lustre. A Green councillor would inject energy and enthusiasm at a time when it is needed and prepare the ground for a positive Green performance at next year's local elections.