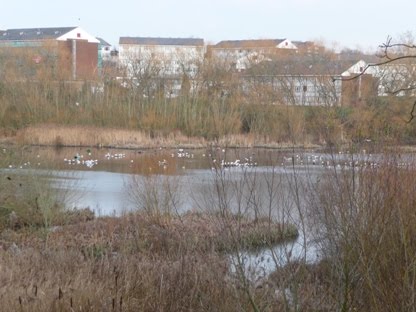 Following on the opposition of Brent Green Party, Welsh Harp Labour Action Team and the Welsh Harp Joint Consultative Committee to the proposed development of the Greenhouse Garden Centre for housing, Sarah Teather MP,  the Brent Council Liberal Democrat, Conservative and Democratic Conservative groups have all declared their opposition to the scheme.

Sarah Teather has circulated a newsletter in the ward opposing the development and echoing many of the comments made in this blog. The Welsh Harp ward is in the new Brent Central constituency that she will be contesting at the General Election.

The newsletter also contains a petition against the proposed scheme. This adds another petition to those already being circulated by residents and the Labour Party.  The Liberal Democrat group on the council have joined Sarah Teather in opposing the application.

This will all help the campaign against the development ahead of the Planning Committee hearing which is likely to be held on December 16th.  However it is important to remember that as the Committee is a statutory one it is not whipped in the same way as other Council committees. It makes an independent decision, taking into account officers' reports and representations by all parties concerned. Residents should continue to make representations via the Brent Planning Website here.
Posted by Martin Francis at 13:41:00