Fight the Cuts, Fight for Services Worth Defending 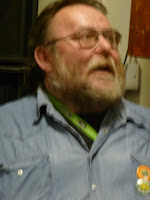 Last night's 'Fightback' meeting couldn't have been better timed as the Coalition announced another tranche of cuts. It was a small beginning to a movement that is bound to grow as the cuts begin to really bite.

Rather than report on every speech I will concentrate on some of the themes that emerged from a wide range of speakers and contributors:
As I said above, this was a small beginning, but the range of contributions from the public sector and the voluntary sector, as well as services users, was a cause for optimism.  We face an enormous task, but as someone said, if we don't believe we can win, we won't win.