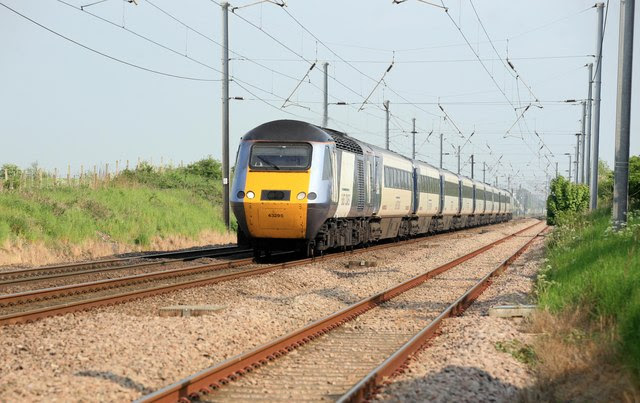 "The only people this decision will benefit are the shareholders at Virgin Trains and Stagecoach" says London Green Party Councillor Caroline Russell as the Green Party are set to take part in the national demonstration this Saturday against the privatisation of the East Coast railway service.

The Green Party will take part in a national demonstration this Saturday calling for the East Coast Mainline to remain in public hands and protected from privatisation.

Mass protests have been organised the length and breadth of the East Coast route in response to the announcement made this Monday that the network, which has been in public ownership since 2009, is to be sold-off to Virgin Trains and Stagecoach.

This is despite the fact that, under public ownership, the network has outperformed all other railway lines and delivered the highest levels of customer service.

“It demonstrates just how ideologically committed to the selling-off of our vital public services this government is that it would take the best performing railway network out of the safety of public hands and throw it into the lion’s den of privatisation. The only people this decision will benefit are the shareholders at Virgin Trains and Stagecoach. Once again it is the public that will lose-out.

“The Green Party believes public services should be run for the benefit of the people that use them, not to make a profit for the minority who happen to own them. Only the Greens are committed to restoring the railways to public ownership and ensuring that passengers are provided with the transport service that they deserve at a price they can afford. That’s why I am proud to stand today with protesters up and down the country calling on the government to listen to their very simple message: don’t jeopardise a high quality public service just to turn a quick profit.”

The “Save the East Coast Mainline” demonstration in London takes place this Saturday 6th December from 11am to 1pm outside King’s Cross Station.

There should never have been a decision made to appeal. Wrong was done and the best course would have been for the council to deal with the wrong-doers - it is as simple as that. Public money has been wasted in the most profligate fashion in an attempt to salvage personal reputations which had been savaged by the Employment Tribunal ruling and which now lie completely in tatters with nowhere to hide.

It is worth remembering the well-made points made by Philip Grant in September, when he had written to Cllr Butt, Gilbert and Ledden five days before the decision to appeal.

"There is talk of the Council possibly appealing against the judgement, but even if an appeal could change some of the legal interpretation of the facts, it cannot change the findings of fact made by the Tribunal, and those are damning in respect of the actions, attitude and (un)truthfulness of Cara Davani, and also seriously criticise the unreasonable actions taken by Mildred Phillips (Ms Davani's protege and deputy), Christine Gilbert and Fiona Ledden (see in particular para. 240 of the judgement, which can only be read as questioning the truthfulness of evidence which she gave at the Tribunal, on oath?) in the course of the victimisation of Ms Clarke.

Even if this were not a time when every pound of expenditure by the Council needs to be justified, I would still object strongly, as a Brent citizen and Council taxpayer, to any further money being wasted on appealing against this judgement. The only people to benefit if an appeal is pursued will be the lawyers who will charge huge fees for their services (and would have a vested interest in recommending the Council to appeal) and the guilty Council officers whose reputations have been damaged by their unreasonable actions (and in the case of Ms Davani, her vicious actions against one of her officers) being brought to light. The only further expenditure which Brent should pay out in this case is the compensation which will be due to Ms Clarke for the harm done to her in the name of Brent Council."