The proposals that could wipe out Youth Provision in Brent 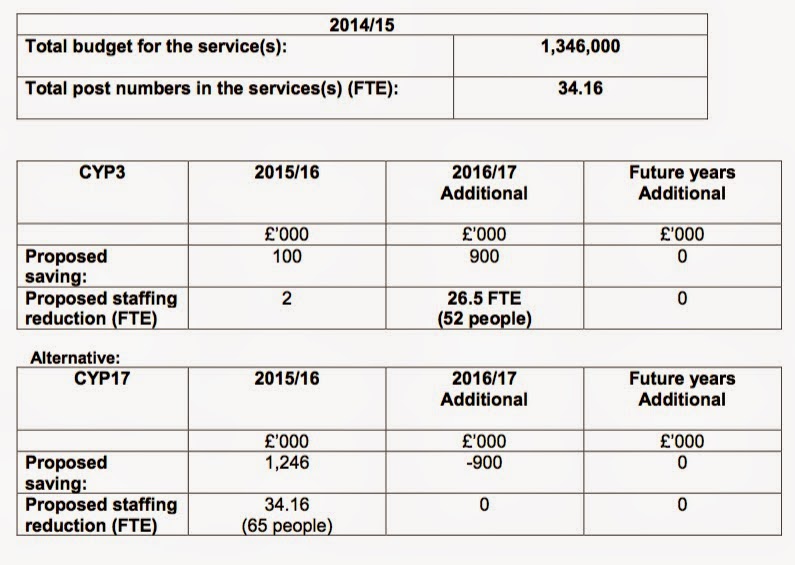 The possible cuts in the Youth Service in Brent are causing great concern.  As you can see above there are two alternatives but in essence the first (CYP3)  postpones most of the cuts until 2015-17 and the second (CYP17) make them in 2015-16.

The report (below) suggests looking for alternative sources of funding but this would need to be fully explored to ensure that it is sustainable and would make up for the Council's cuts. (Unlikely in my view)