The demise of one of Wembley's wonderful willows 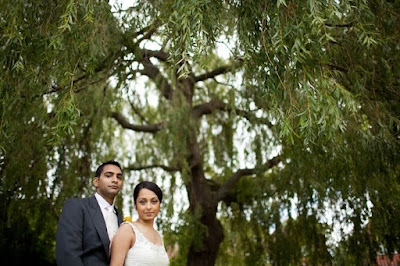 Trees are too often an undervalued part of our local heritage and personal histories. The willow above, in the Marriage Garden at Brent (formerly Wembley) Town Hall, probably appears in thousands of wedding albums across generations.

According to the Lycee security officer I spoke to the tree came down in the recent storm.

After the Town Hall was sold-off by Brent Council to the Lycee International des Londres Winston Churchill it became part of the children's playground and doubtless figured large in their creative play and exploration. 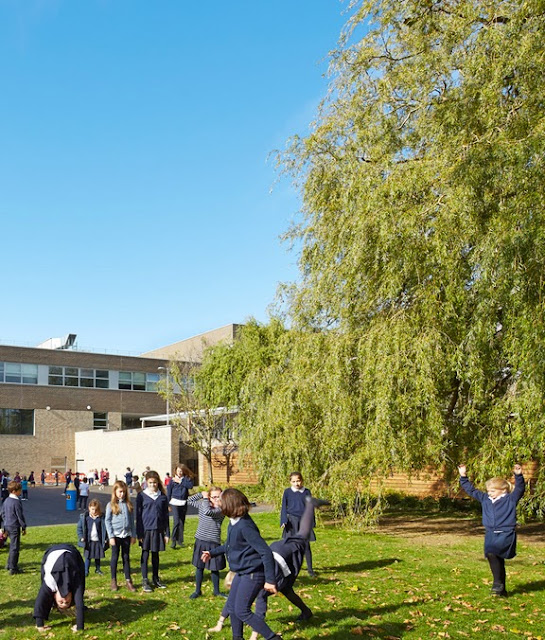 The storm occurred after the school broke up for the summer holiday so children will return to find a large gap in their playground. This was the scene today. 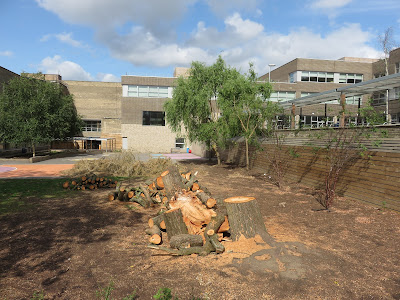 Wembley is well endowed with mature willows with local doctors' surgeries and playcentres named after them.

There is a magnificent specimen, in need of a trim, just behind the Lycee in Greenhill Way: 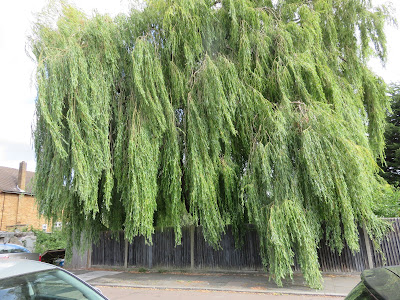 If you would like one of your pictures of the Marriage Garden willow published please send in jpeg or png format to me at martintinrfrancis@virginmedia.com

Storm, eh? Orage is the new blague. More like an understandable reprisal for Davis, Johnson and Fox if you ask me.

Thanks for this, Martin.

Though I'm now taking advantage of the extra living space and green space I have in Hereford, I still keep in touch with Wembley Matters and also Camden New Journal.

Here is a reader's letter from this week's CNJ: No more will sunlight filter through these leaves.

If a storm blew that tree down then I'm a monkey's uncle! The school still have the hump with Brent Council who refused permission to build a swimming pool outside the garden ground so make your own conclusions up on this tree which has gone due to the 'storm'!!

If you are interested in our local trees, please see my "guest blog" of 24 July on "the Wembley Elm":
http://wembleymatters.blogspot.co.uk/2017/07/the-wembley-elm-why-is-it-special.html

My local history-based article was inspired by Martin's blog above.