Waiting for action after South Kilburn meeting on fire safety 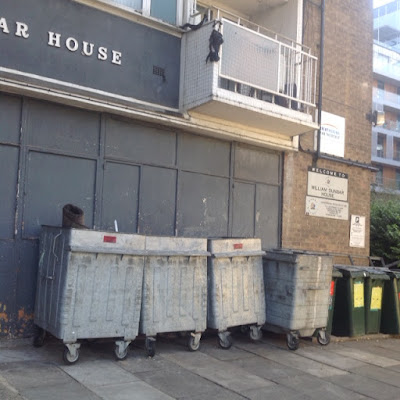 Tuesday's meeting in fire safety held in South Kilburn was well attended by residents despite the awkward time of 4pm. One attendee described it as understandably emotional at times. Phil Porter, Brent Council lead officer, said that every block on the estate would have their own meeting (although some blocks don't have a meeting room of their own) within the next 6 - 8 weeks.

The panel chaired by Tulip Siddiq consisted of Brent Council officers and representatives from BHP, housing associations and the London Fire Brigade. Councillors sat in the audience  with one attendee remarking that this seemed to absolve them from direct democratic accountability. Catalyst Housing had been invited but sent apologies.

Brent Housing Partnership were asked to change policy on any bicycles and push-chairs etc that blocked stairwells. Rather than give 7 days notice of their removal they should be removed immediately as they constitute a fire risk.

Cllr Duffy has been chasing up the issue of large bins filled with combustible material (see above) stored beneath balconies and netting used to keep out pigeons fixed along balconies which could act as a fire bridge. This is of particular concern as a tenant was found yesterday to be trying to store tyres on his balcony.

Duffy  told other councillors about the issues today as the CEO, Carolyn Downs, had failed to reply:
HERE