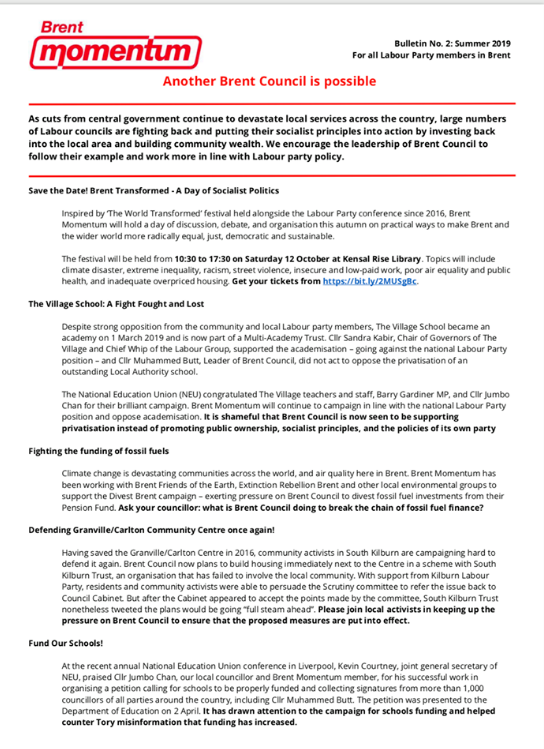 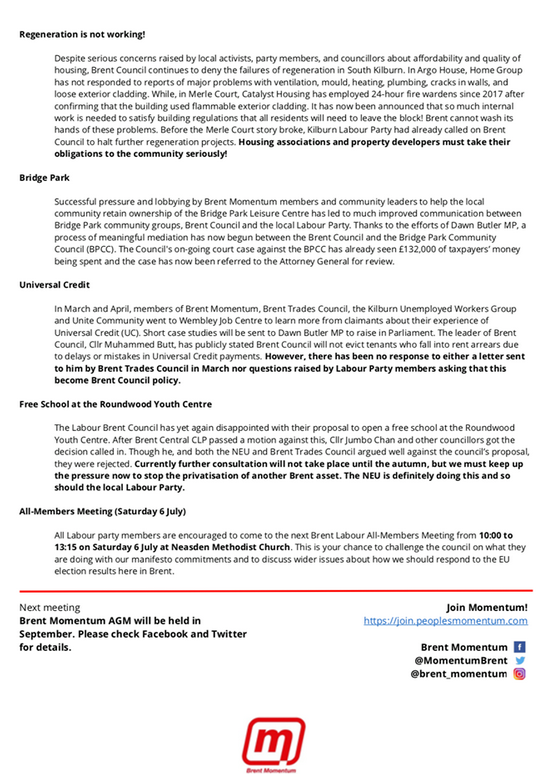 The latest Bulletin from Brent Momentum reveals areas of frustration with Brent Council policy implementation many of which have been covered on Wembley Matters.

Education is a major issue with the failure of the Council to oppose the academisation of The Village School and the proposals for a free school at the Roundwood Centre, are source of contention. The Bulletin does not refer to the proposals to close Strathcona School but I presume Momentum will support the threatened NEU strike action.

The failure of Brent Council Regeneration proposals to take account of community concerns in Granville/Carlton and Bridge Park is criticised as is the failure to ensure the quality of new build on the South Kilburn Estate.

Muhammed Butt, leader of Brent Council is often accused of making promises and then not fulfilling them, so Momentum is pressing for Butt's promise to not evict Council tenants unable to pay rent due to Universal Credit delays, to be incorporated into official  Brent Council policy.
Posted by Martin Francis at 18:51:00